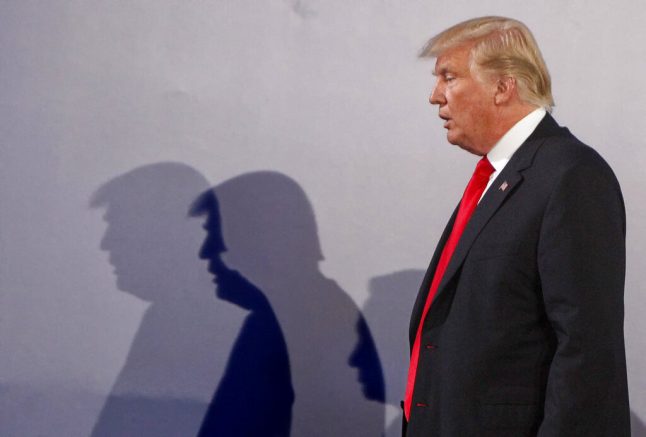 File — In this Thursday, July 6, 2017 file photo U.S. President Donald Trump casts shadows on the wall as he walks with Poland’s President Andrzej Duda at the end of a joint press conference, in Warsaw, Poland. (AP Photo/Czarek Sokolowski/file)

On Wednesday, President Trump discussed the fatal officer involved shooting of Rayshard Brooks. The president expressed that Brooks’ death was a “very sad thing” and said it is now up to justice as to what happens next.

He went on to defend the officers and noted that citizens can’t resist arrest.

The president added he was told the Atlanta policeman charged in the shooting heard what sounded like a gunshot before he fired at Brooks.

He said he was unsure if this was true. However, he pointed out it’s an “interesting factor” that officials should be thoroughly investigating.

“I don’t know that I would have necessarily believed that. I will tell you, that’s a very interesting thing and maybe that’s so. They’re going to have to find out. It’s up to justice right now. I hope he gets a fair shake, because police have not been treated fairly in our country.” – Donald Trump, 45th President of the United States