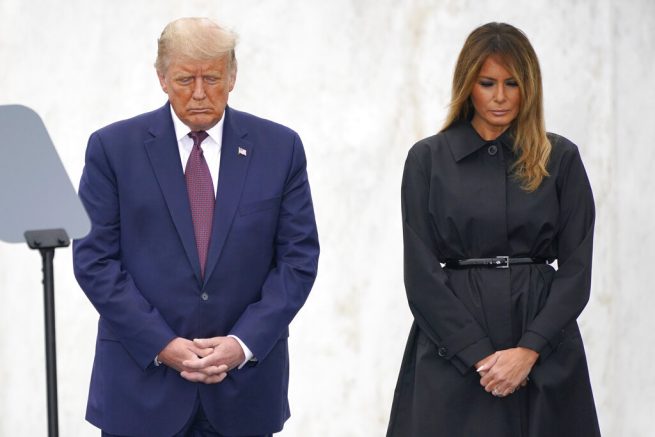 President Trump said America will always “rise up, stand tall and fight back.” He made the remarks Friday at a ceremony in Shanksville, Pennsylvania in honor of the victims of Flight 93.

The President paid tribute to the 40 passengers and crew members who died aboard the United Airlines jet, which was hijacked by terrorists during the 9/11 attacks. He said, “their names and their stories are forever inscribed on the eternal roll call of American heroes.”

"When terrorists raced to destroy the seat of our democracy, the 40 of Flight 93 did the most American of things—they took a vote, and then they acted.

Together they charged the cockpit, they confronted the pure evil, and in their last act on this earth, they saved our capital." pic.twitter.com/U0JVIqbQfM

President Trump went on to say he and the First Lady are aware that they cannot erase the sorrow of this day, but they can help shoulder the burdens. He then promised the families of the victims they will always have their unwavering love, support and devotion.

"To the family members of Flight 93: Today, every heartbeat in America is wedded to yours." pic.twitter.com/mKzIC8vJpy