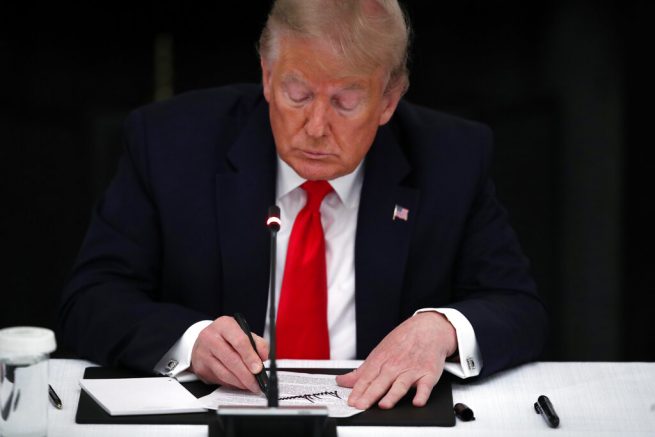 President Donald Trump signs his name on a piece of paper during a roundtable with governors on the reopening of America’s small businesses, in the State Dining Room of the White House, Thursday, June 18, 2020, in Washington. (AP Photo/Alex Brandon)

President Trump recently met with the nation’s governors to discuss reopening small businesses amid the coronavirus pandemic. During a roundtable discussion on Thursday, he reaffirmed the administration’s commitment to rebuilding the U.S. economy.

The president went on to point out that businesses are on the road to recovery and then cited record breaking unemployment numbers.

“After I was elected President, our country added more than 7 million jobs, 12,000 factories and trillions of dollars in wealth,” he stated. “We created nearly 9,000 opportunity zones and African American, Asian American and Hispanic American unemployment and poverty reached all time lows.”

Over 4.6 million small business loans have been processed, which is a move the president said saved an estimated 50 million American jobs.

White House economic advisor Larry Kudlow encouraged a positive economic outlook and claimed the country will be back to where it started in 2019.

“If play reference to the Congressional Budget Office, we’ll get a 20 percent increase in Q3, which I think is quite possible,” he explained. “…We will be back to where we were in 2019…will have made up for the lost ground.” 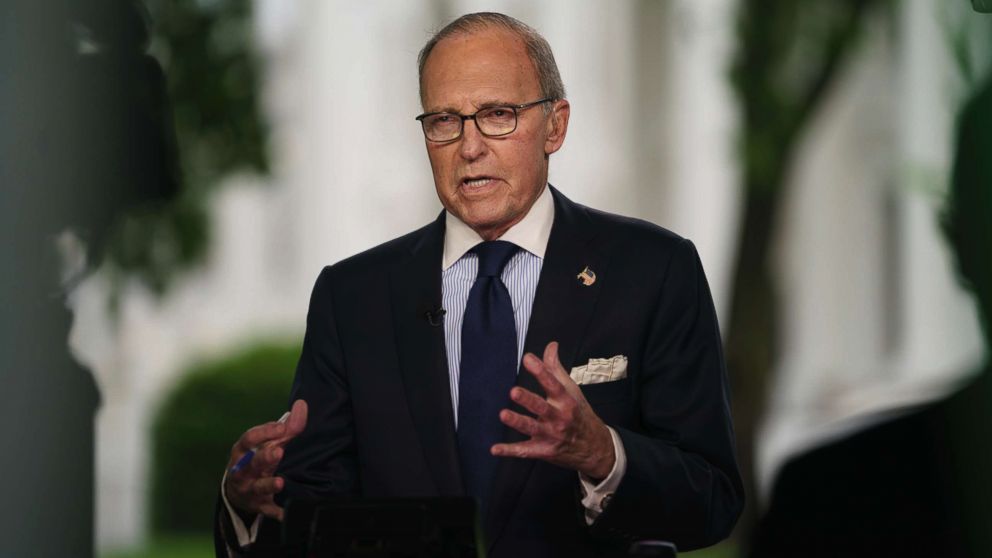 White House chief economic adviser Larry Kudlow speaks during a television interview outside the West Wing of the White House, in Washington, May 18, 2018. (Carolyn Kaster/AP Photo)

President Trump was also joined alongside Nebraska Gov. Pete Ricketts (R) and Oklahoma Gov. Kevin Stitt (R) on the heels of his scheduled rally in Tusla. Stitt thanked the administration for its assistance during the pandemic, adding that the state of Oklahoma is ready for the president’s visit.

“During this whole COVID crisis, as we’ve been fighting it, your administration has been having calls twice a week,” said the Oklahoma governor. “The vice president had been so helpful to myself and all the other governors listening to what our needs were and providing everything we need, so it’s just been been going great.”

Discussions were also centered around coronavirus testing capacity and continued efforts to stem the spread of the virus. Over 25 million tests have been administered and more than 1.5 billion pieces of personal protective equipment have been distributed.