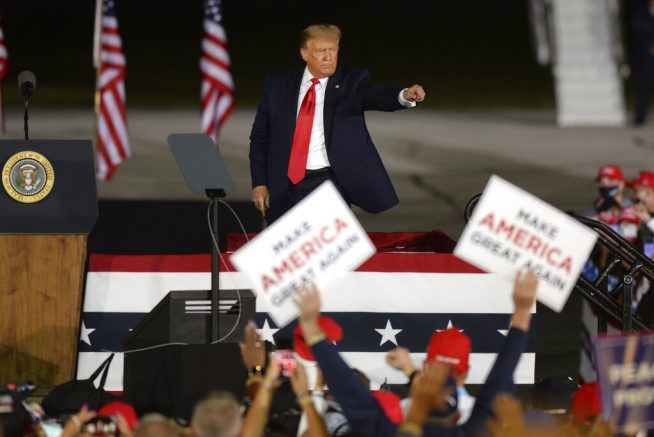 President Trump pledged to revitalize the auto industry in Michigan and called out his Democrat opponent for his failed policies. He made those remarks during a rally at the MBS International Airport in Freeland on Thursday.

The President praised auto manufacturing in the state, while also touting the number of jobs and businesses saved under his watch.

“It’s been a long time since you had all these plants being built, but we brought you a lot over the last three and a half years,” he stated. “And we’re gonna bring you a lot more.”

Under Joe Biden, the President said Americans will see open borders, endless foreign wars and support of disastrous policies like NAFTA. He noted that while the Trump administration has brought jobs back to the U.S., Biden will surrender those efforts to China.

“Biden supported every disastrous, globalist sell out for over half a century, including NAFTA, China and TPP,” he stated. “Joe Biden surrendered your jobs to China and now he wants to surrender our country to the violent left-wing mob.”

President Trump also weighed in on the coronavirus pandemic by noting the country has turned a corner on the virus. He went on to reaffirm the significance of the November election by calling it “the most important” in our nation’s history.

The Michigan rally saw nearly 5,000 attendees in a state the president won back in 2016.