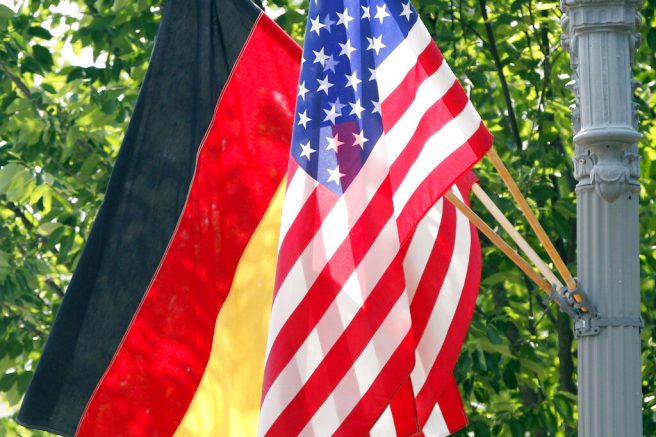 FILE – In this June 6, 2011 file photo, the German and U.S. flags fly on a lamp post in front of the White House in Washington ahead of German Chancellor Angela Merkel’s visit. (AP Photo/Charles Dharapak)

President Trump recently slammed Germany over its failure to meet its NATO defense spending goal. On Wednesday, he called Germany “delinquent” for failing to spend 2% of its GDP on defense spending, which the country first planned for back in 2014.

This comes amid U.S. plans to pull nearly 12,000 troops out of the nation. The president has said the planned military withdrawal will be good for the U.S. economy.

He also asserted Germany has been taking advantage of the U.S. for more than two decades.

“They are there to protect Europe, they’re there to protect Germany. Right? Germany is supposed to pay for it and Germany’s not paying for it. So why shouldn’t we leave them? We don’t want to be the suckers anymore. The United States has been taken advantage of for 25 years, both on trade and on the military. We are protecting Germany. So we’re reducing the force because they’re not paying their bills. It’s very simple, they’re delinquent.” – Donald Trump, 45th President of the United States

The planned withdrawal will reduce troop numbers in the country to around 25,000 in total.