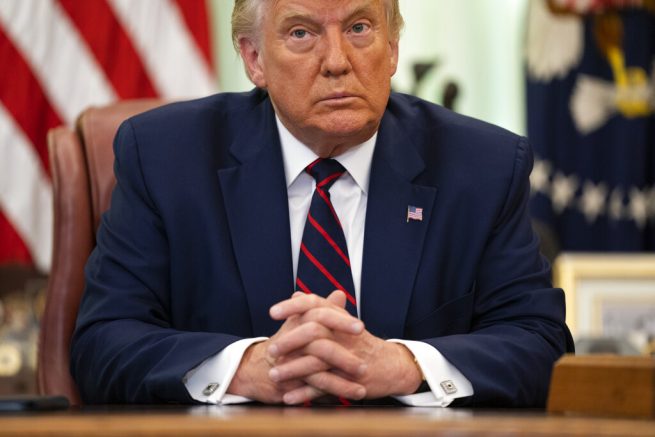 President Trump has ordered the White House Office of Management and Budget to purge “critical race theory” trainings from the federal government.

Agency Director Russell Vought announced the directive in a memo, which was sent to federal agencies on Friday. He tweeted, “the days of taxpayer funded indoctrination trainings that sow division and racism are over.”

The days of taxpayer funded indoctrination trainings that sow division and racism are over. Under the direction of @POTUS we are directing agencies to halt critical race theory trainings immediately.https://t.co/dyMeJka9rt

According to reports indicated in the memo, federal employees have been forced to attend these trainings and were told “virtually all white people contribute to racism.” Further reports claimed employees have been taught that America is an “inherently racist or evil country.”

Reports also stated the theory is the underpinning of Antifa, “Black Lives Matter” and other radical leftist groups.

The new mandate has called these training sessions “un-American.” The memo emphasized the president has a proven track record of standing up for all Americans, regardless of race, religion or creed.

President Trump commented on the mandate in a Twitter post. He encouraged people “to report any sightings, so we can quickly extinguish” the “sickness.”

Trump Orders Purge of ‘Critical Race Theory‘ from Federal Agencies https://t.co/ygXcTXRHsQ via @BreitbartNews This is a sickness that cannot be allowed to continue. Please report any sightings so we can quickly extinguish!