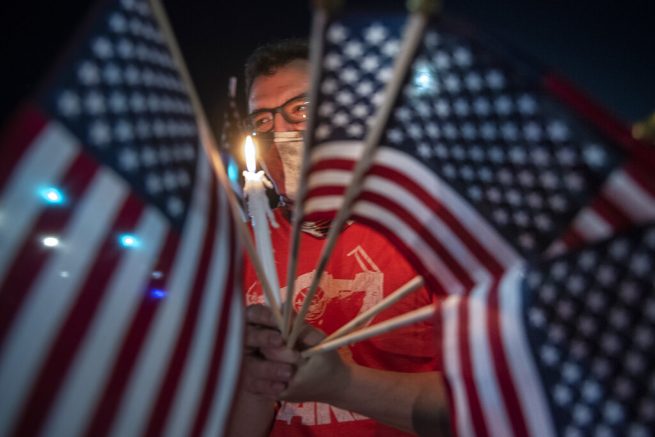 A supporter of President Donald Trump, who declined to give his name, demonstrates at the entrance to Walter Reed National Military Medical Center in Bethesda, Md., Saturday, Oct. 3, 2020. Trump was admitted to the hospital after contracting the coronavirus. (AP Photo/Cliff Owen)

President Trump has proclaimed October 5 to be a new national holiday. He introduced ‘Made in America Day,’ which is a holiday meant to praise American manufacturing and companies that haven’t abandoned U.S. workers for cheaper markets.

The President also signed an executive order establishing the American Workforce Policy Advisory Board, which will bring together members from different backgrounds of the industry. This will include the private sector, state and local governments as well as educational institutions.

“The duty of a President is to put this nations own citizens first,” stated President Trump. “That’s why my administration swears by two simple but crucial rules: buy American and hire American.”

On Made in America Day & throughout Made in America Week, we commend America's hardworking men & women & recommit ourselves to strengthening American manufacturing as we rebuild the greatest economy in our Nation’s history for a second time: https://t.co/DhNPA0dirN #MadeInAmerica pic.twitter.com/oZWJhAoJFi

The move, according to the President, is meant to rebuild “the greatest economy in this country’s history for a second time.”