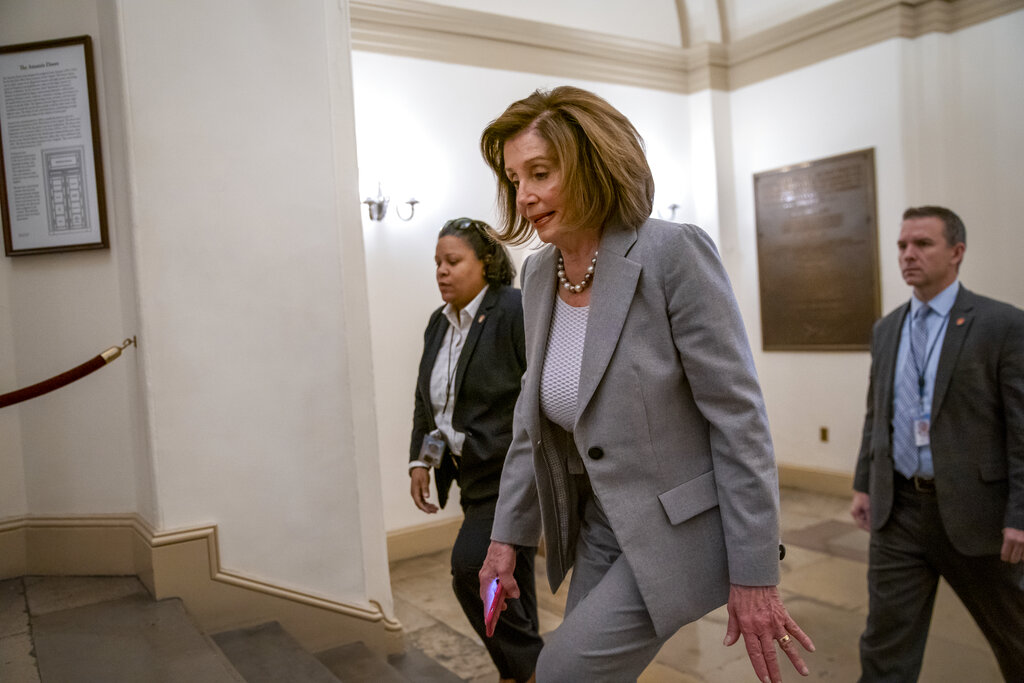 President Trump is speaking out about his issues with Nancy Pelosi’s leadership in Congress. Taking to Twitter on Saturday, the president said Pelosi will go down as the absolute worst Speaker of the House in the history of United States.

Nancy Pelosi will go down as the absolute worst Speaker of the House in U.S. history!

His remarks came after the speaker finally agreed to appoint managers and send the articles of impeachment over to the Senate. This week, Pelosi also pushed through a concurrent resolution to limit the president’s ability to call for military action against Iran.

“The value, beauty and exquisite nature of a concurrent resolution is that it does not have to be signed by the President of the United States,” she said. “The Congress of the United States, in its full power and full voice, can speak in a united way about what the War Powers Act should look like.”

The resolution, which passed mostly along party lines, will limit the Pentagon’s involvement with Iran to no more than 30 days, unless Congress approves additional action.

The House is moving forward with @RepSlotkin's War Powers Resolution limiting the President’s military actions regarding Iran. The Admin must work with the Congress to advance an immediate, effective de-escalatory strategy which prevents further violence. https://t.co/i3KU9bqWqh pic.twitter.com/9bwnjBMjnz

Taking to Twitter again the same day, the president accused Democrats of defending the life of Qasem Soleimani. He said the Iranian military leader was one of the worst terrorists in history, who was plotting future attacks against U.S. personnel and interests.

The president went on to say that Democrats are “unhinged.”

Where have the Radical Left, Do Nothing Democrats gone when they have spent the last 3 days defending the life of Qassem Soleimani, one of the worst terrorists in history and the father of the roadside bomb? He was also looking to do big future damage! Dems are “unhinged.”

The drone strike ordered by President Trump, which killed Soleimani, was the basis for the Democrat’s War Powers Resolution. Democrats, including Pelosi, have argued the strike lead to furthering tensions with the Persian nation.

“What happened, in the view of many of us, is not promoting peace, but an escalation. We certainly do not respect, and after my intelligence background, know just how bad Soleimani was. It’s not because we expect good things from them, but we expect great things from us.” – Nancy Pelosi, Speaker of the House