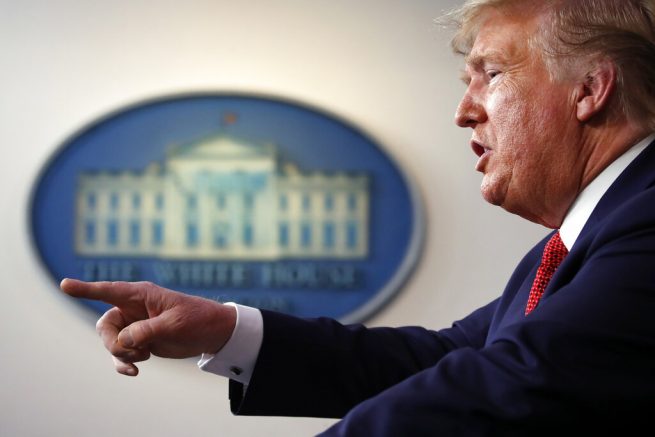 President Trump has rejected criticisms of his plan to re-open the economy sooner than originally anticipated in an effort to prevent a financial crisis.

While speaking at the White House Wednesday, he said the media and some officials would welcome an economic collapse to take down his administration. He claimed they are hoping for a poor economy to keep him from being re-elected.

“The media would like to see me do poorly in the election, they think that would be very good as far as defeating me at the polls and I don’t know if that’s so, but I do think there are people in your profession (mainstream media) that would like that to happen,” President Trump told reporters. “I think it’s very clear that there are people in your profession that write fake news.”

The LameStream Media is the dominant force in trying to get me to keep our Country closed as long as possible in the hope that it will be detrimental to my election success. The real people want to get back to work ASAP. We will be stronger than ever before!

The president stressed that federal officials have done a tremendous job to contain the coronavirus outbreak and reduce the number of victims.