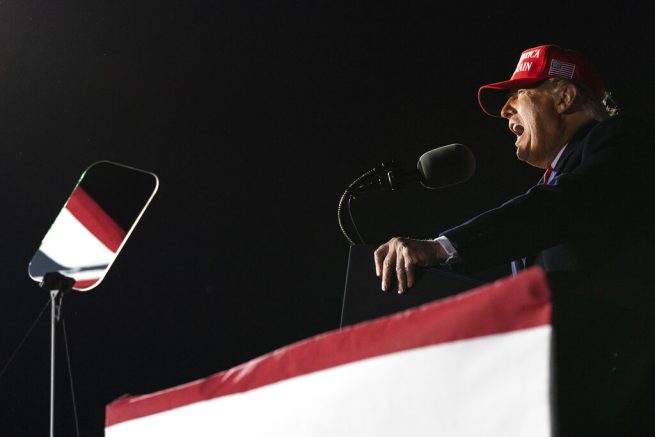 President Trump has accused Joe Biden of being a “corrupt politician.” On Twitter, the President said everyone knows Biden is corrupt and added now there is proof, “perhaps like never was had before, on a major politician.”

He has called it the “second biggest political scandal in our history.”

Joe Biden is a corrupt politician, and everybody knows it. Now you have the proof, perhaps like never was had before on a major politician. Laptop plus. This is the second biggest political scandal in our history!

President Trump slammed Biden and his family as a “criminal enterprise” during a recent appearance in Wisconsin.

“The Biden family is a criminal enterprise, …he makes crooked Hillary Clinton look like an amateur,” he said. “Let me tell you, if Joe Biden becomes President, China will own this country.”

The Biden campaign notably denied allegations of wrongdoing last week following the release of an article by the New York Post.