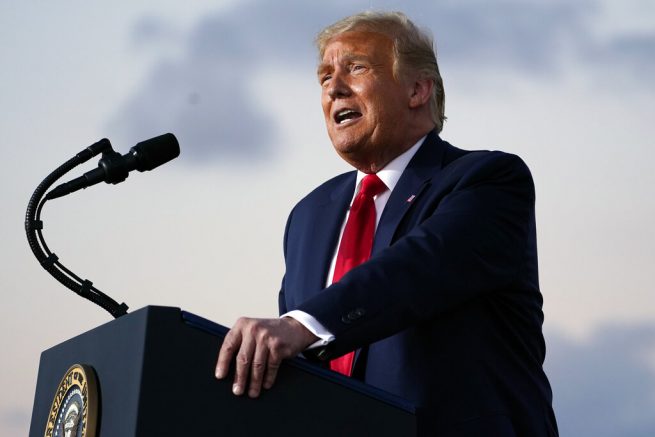 On Wednesday, the President delivered remarks to several U.S. economic clubs from the Rose Garden. President Trump discussed the pandemic in his speech, touting Regeneron for clearing him of COVID-19 and slamming the mainstream media for politicizing coronavirus.

He added lower risk Americans should be allowed to return to work.

The President talked about his administration’s work to save the U.S. economy and noted they were able to support 50 million jobs with the small business loans.

"My Administration has approved over $650 billion dollars in forgivable loans to more than 5.2 million small businesses."

This action has saved or supported more than 50 million jobs! pic.twitter.com/a4aaZMe4Fx

“The choice facing American is simple,” he stated. “It’s the choice between historic prosperity under my pro-American policies, or very crippling poverty and a steep depression under the radical left.”

He also promised his administration will quickly produce a viable vaccine, create 10 million jobs in 2021 and return the country to full employment.

“We will continue our V-shaped recovery and launch a record-smashing economic boom." 🔥 pic.twitter.com/QvkW1JJCh2