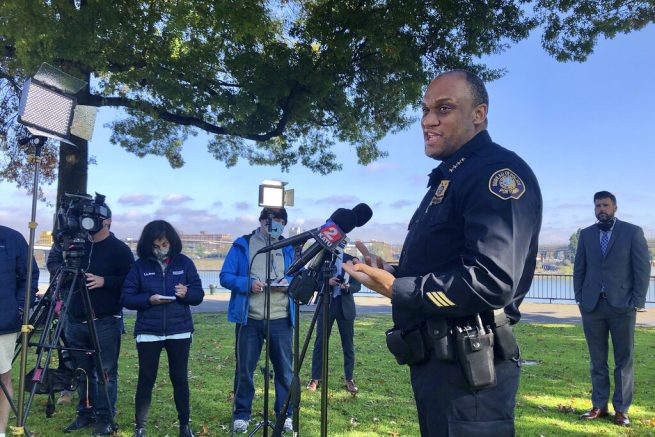 Portland Police Chief Chuck Lovell speaks to reporters about a proposed $18 million in budget cuts to his bureau Thursday, Oct. 29, 2020, in Portland, Ore. The City Council is considering the cuts on top of nearly $16 million already cut in June, but delayed a vote until after the election. (AP Photo/Gillian Flaccus)

Officials in Portland, Oregon rejected a bid to slash millions of dollars from its police budget.

Portland City Commissioners voted three to two against the budget amendment, which would have cut $18 million in funds from the city’s Police Bureau and instead use it for the city’s coronavirus pandemic response.

Mayor Ted Wheeler noted that although he understands Portlanders distrust the Police Bureau, further cutting the budget would not be a solution. 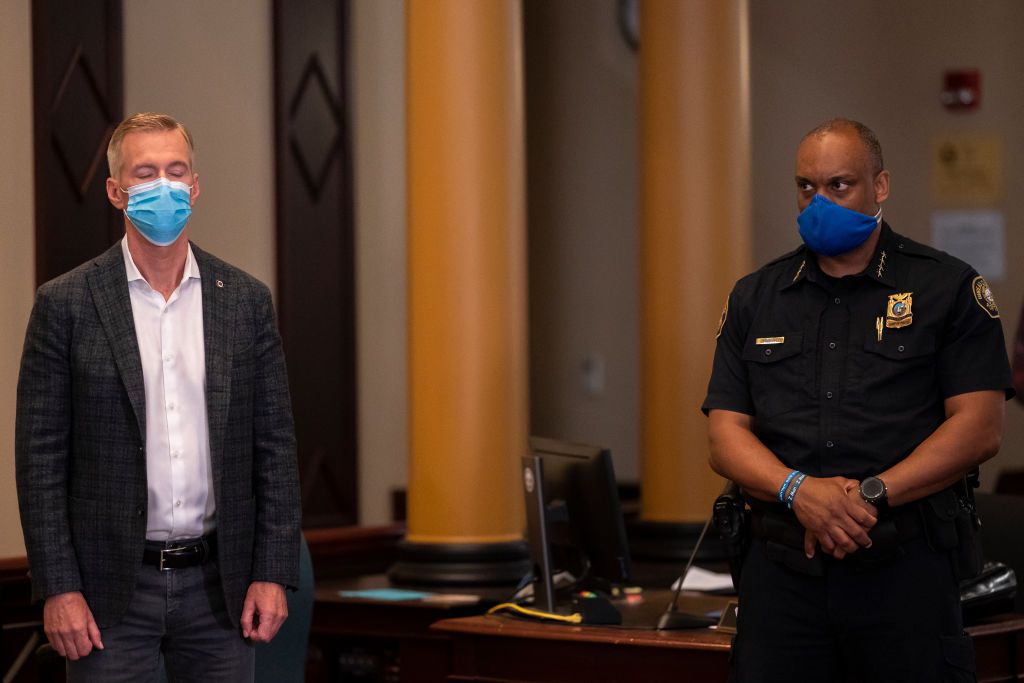 Back in June, the Commission already voted to cut nearly $16 million from the police budget, which eliminated school resource officers, transit police and the gun violence reduction unit.

This would have been the city’s second round of police cuts.

MORE NEWS: Project Veritas Sits Down With 2nd USPS Worker Who Claims They Were Ordered To Assist In Voter Fraud