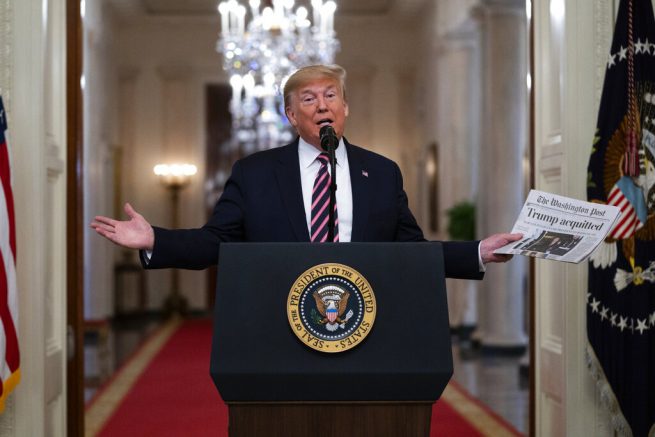 President Donald Trump holds up a newspaper with a headline that reads “Trump acquitted” during an event celebrating his impeachment acquittal, in the East Room of the White House, Thursday, Feb. 6, 2020, in Washington. (AP Photo/Evan Vucci)

According to pollster John McLaughlin, the impeachment process in the House has backfired on Democrats. While speaking in an interview Sunday, he predicted the proceedings will cause Democrats to lose their House majority in 2020.

McLaughlin added, former Vice President Joe Biden was also a big loser in the trial as more evidence surfaced throughout the process of the corruption allegations levied against him.

“He was the front-runner and when they went after President Trump on impeachment, on Ukraine, they really took down Joe Biden, because we knew there was video of him saying he got a prosecutor fired and we knew that there were corruption problems with Hunter Biden and the Biden family,” he explained. 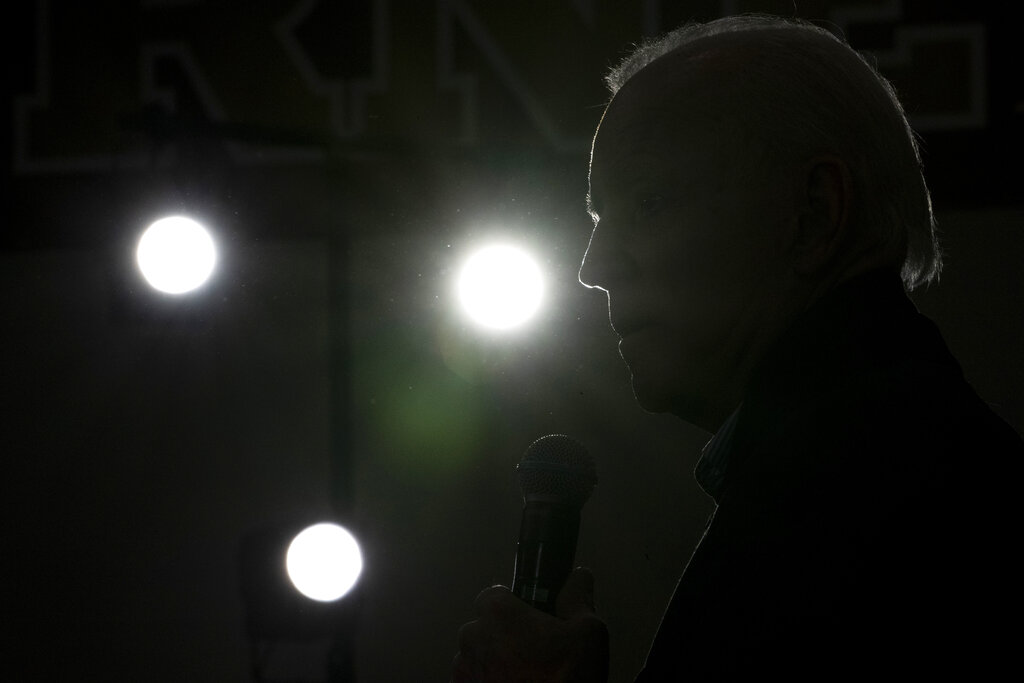 This comes after a recent Gallup poll showed President Trump’s approval rating has jumped to the highest it has ever been, following his acquittal in the Senate.

95% Approval Rating in the Republican Party, a Record! 53% overall (plus add 9 points?). Corrupt Democrat politicians have brought me to highest polling numbers ever with the Impeachment Hoax. Thank you Nancy!