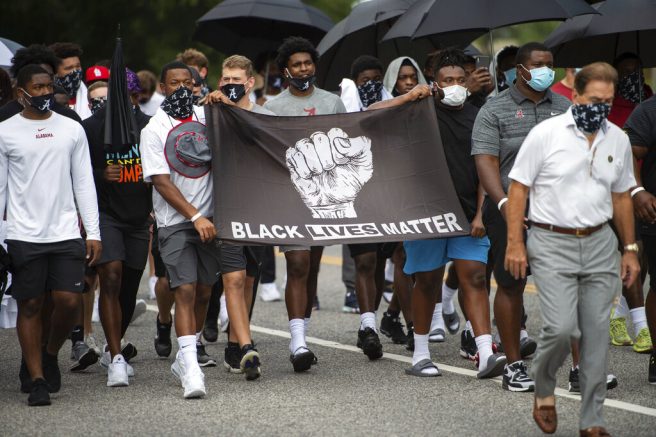 A Republican political activist has called out the Black Lives Matter movement while suggesting it’s a “terrorist organization.” During a recent interview, Christian Walker said, “anybody who honestly cares about black people can not support Black Lives Matter.”

Walker, who is the son of former football star and 2020 RNC speaker Herschel Walker, said he believes President Trump treats every American the same unlike his Democrat opponents who instead encourage violence and looting.

I won’t be backing down to the radical left.

They hate our country and it’s time Americans stand up to save it. https://t.co/YcOW1hXztS

Walker went on to say he believes Black Lives Matter uses “manipulation techniques” to “lock people in to group-think.”