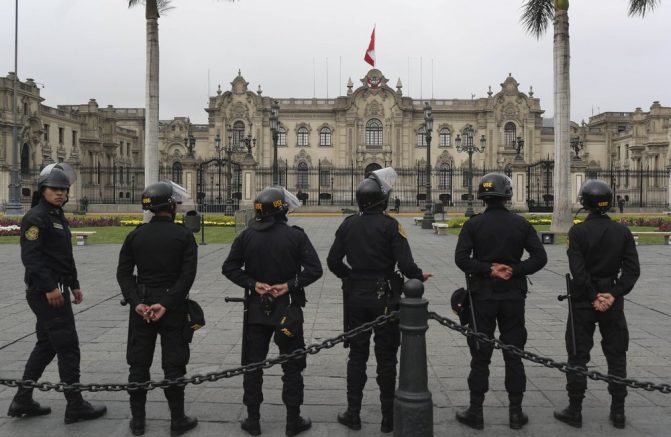 Authorities in Peru have arrested multiple Venezuelan citizens in a suspected organized crime ring. In a statement Monday, police in Lima announced a total of 114 Venezuelans were detained over the weekend at a spa hotel in the Peruvian capital. Authorities claimed to have seized firearms and drugs during the operation.

Peru has long suspected the Maduro regime in Venezuela of supporting organized crime and drug-trade across Latin America. However, it remains unclear if the arrested Venezuelans have political ties back in their country.

“Right now, the detainees are undergoing the corresponding tests. There are a number of them. Some are detained because we have seized illegal objects from them, whether those are firearms or drugs. We are processing them.”

Lima Police also arrested four Colombians and six Peruvians as part of the bust. Authorities also said the ongoing exodus of migrants from Venezuela may pose a threat to public safety in neighboring countries.