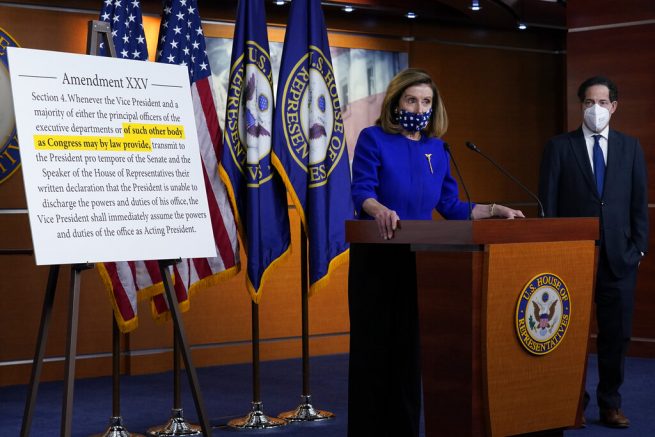 Speaker of the House Nancy Pelosi, D-Calif., speaks during a news conference at the Capitol in Washington, Friday, Oct. 9, 2020. (AP Photo/J. Scott Applewhite)

House Speaker Nancy Pelosi has introduced new legislation to officially evaluate the President Trump’s fitness for office. On Friday, she announced a bill that would introduce the Commission on Presidential Capacity to Discharge the Powers and Duties of Office to determine if the President is “physically and mentally” fit to continue serving in office.

During a press conference alongside Rep. Jamie Raskin (D-Md.), Pelosi stated the bill would set up a 16 member bipartisan panel of doctors and former administration officials to conduct a medical examination of President Trump.

Tune in as @RepRaskin and I discuss the introduction of the Commission on Presidential Capacity to Discharge the Powers and Duties of Office Act. https://t.co/JuKDQg6Hqw

Pelosi has claimed the bill has nothing to do with the President.

“This legislation applies to future presidents, but we are reminded by the necessities of the action by the health of the current President,” she said.

Her remarks came just one day after she accused President Trump of being in an “altered state” from his coronavirus treatment. 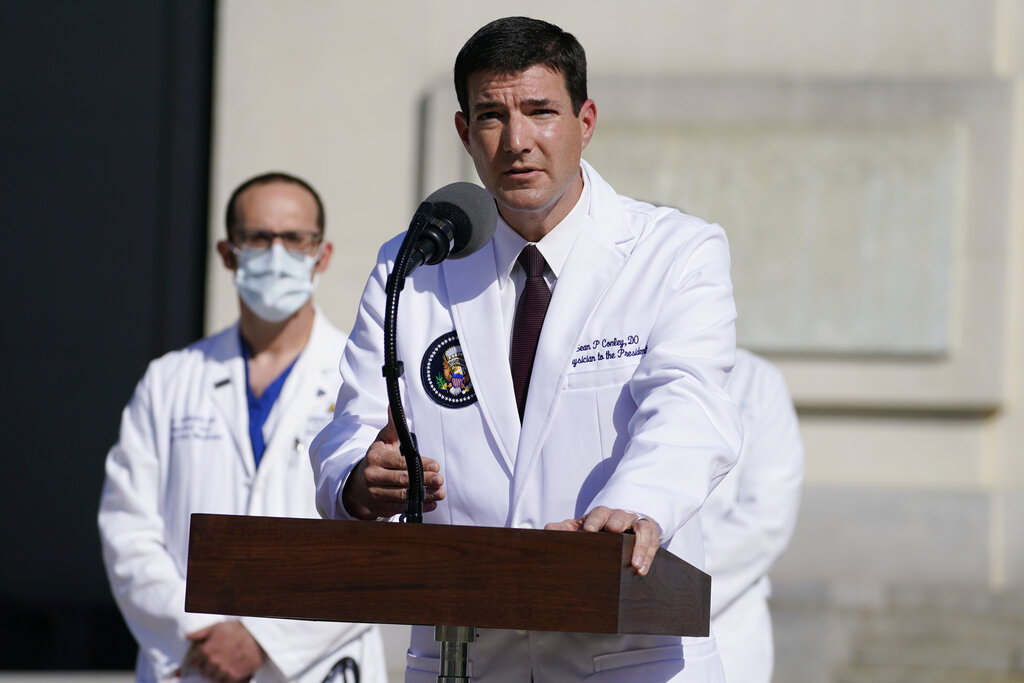 This latest move by Democrats came despite the professional opinion of White House physician Dr. Sean Conley, who recently confirmed the President has completed his coronavirus treatment and should be ready to hit the campaign trail again soon.

Meanwhile, President Trump has railed against the House speaker, calling her “crazy” and a “nut job.” He suggested “we can say it nicely or we can say it badly” that Joe Biden is in no condition to be a presidential candidate.

He went on to accuse Pelosi of forming the legislation to oust Biden, should he win in November.

“This 25th Amendment, I think they put it in so they can get Kamala in,” stated the President. “That was the first thing I thought of, and by the way, Republicans have been really very good to me.”

Crazy Nancy Pelosi is looking at the 25th Amendment in order to replace Joe Biden with Kamala Harris. The Dems want that to happen fast because Sleepy Joe is out of it!!!

However, the new legislation will likely never see the light of day, especially since the House is out of session until after the election. Even if House Democrats were able to make use of the 25th Amendment, it is very unlikely Pelosi will succeed in accomplishing her goal. 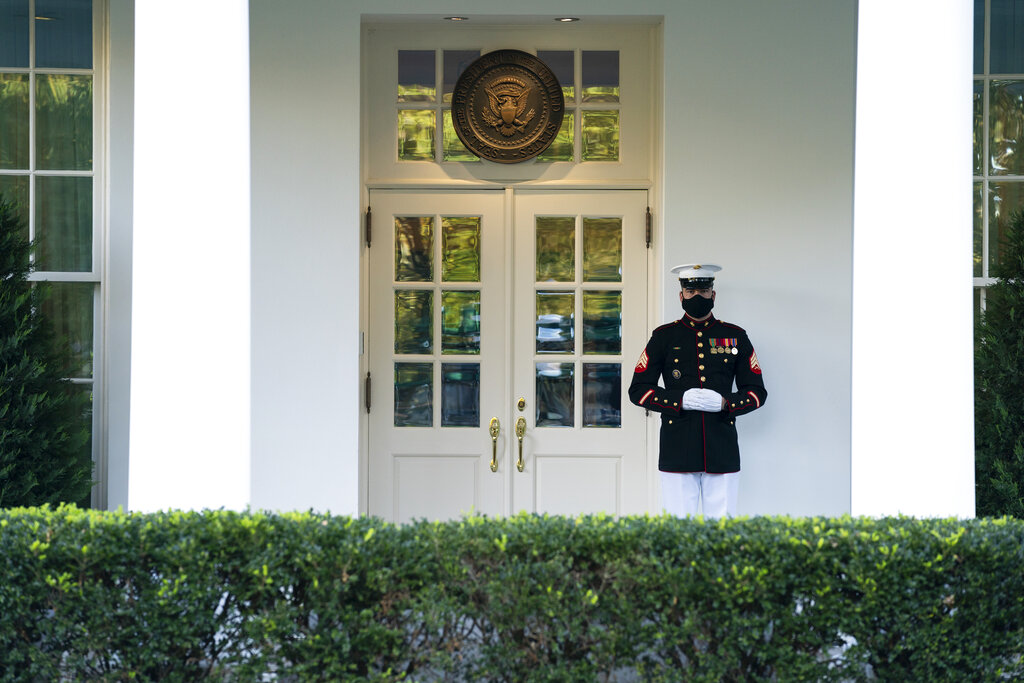 A Marine is posted outside the West Wing of the White House, signifying the President is in the Oval Office, Thursday, Oct. 8, 2020, in Washington. (AP Photo/Evan Vucci)

President Trump can only be removed from office involuntarily if his cabinet or vice president votes to remove him, if 2/3 of both the House and Senate vote to remove him, or Pelosi’s way under Section Four, which would impanel a commission to decide if the President is fit to carry out his duties.

However, even if the House passes the bill to set up the commission, it will be dead on arrival in the Republican controlled Senate, just like the Democrats’ earlier impeachment attempt.