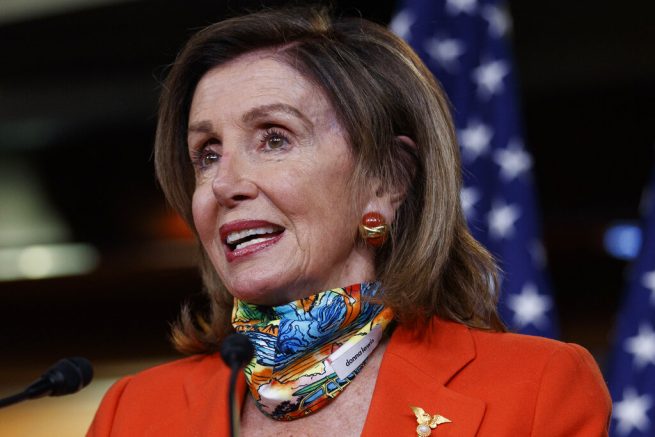 House Speaker Nancy Pelosi recently alluded to forcefully evicting President Trump from the White House should he lose the election. On Monday, the top Democrat in the House of Representatives said the president would be “fumigated” out if he refused to accept the results of the election.

Her remarks followed an interview during which President Trump noted the possibility of voter fraud in November, particularly if mail-in voting became more prevalent.

Mail-In Voting, unless changed by the courts, will lead to the most CORRUPT ELECTION in our Nation’s History! #RIGGEDELECTION

The House Speaker’s comments mirrored those made by presumptive Democrat candidate Joe Biden who likened the president to a “trespasser” and said the U.S. government was perfectly capable of evicting him from the White House.

“Whether he knows it yet or not, he will be leaving…just because he might not want to move out of the White House doesn’t mean we won’t have an inauguration ceremony to celebrate a duly elected president of the United States,” Pelosi stated. “It has nothing to do with the the certain occupant of the White House doesn’t feel like moving and has to be fumigated out of there.”

Pelosi’s comments have been the subject of condemnation by Republican commentators who have pointed out that the president has, on several occasions, stated he would respect the results of a legitimate election.

RELATED: Reports: 2020 to be one of the most litigated elections in history