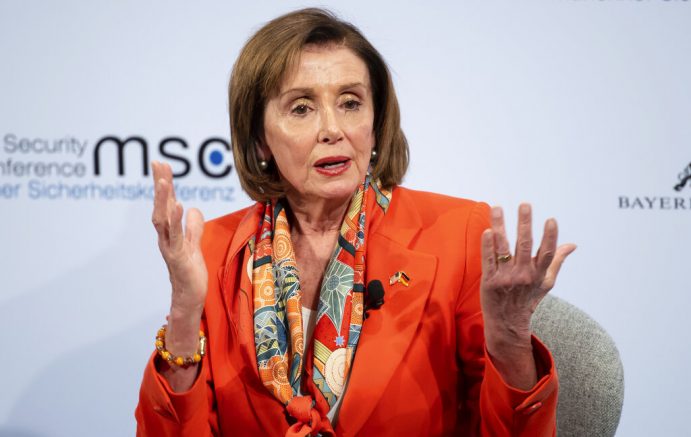 Nancy Pelosi, Speaker of the US House of Representatives, speaks on the first day of the 56th Munich Security Conference in Munich, Germany, Friday, Feb.14, 2020. (Sven Hoppe/dpa via AP)

On Friday, House Speaker Nancy Pelosi urged foreign nations to completely cut ties with Chinese telecom giant Huawei. At a security conference in Germany, Pelosi stated that choosing to do business with the company is essentially choosing autocracy over democracy.

Pelosi noted that Huawei is becoming more dangerous than ever as it builds its 5G network, which could bring in new business partners. She encouraged the international community to come together to create alternatives to the company.

“If you want to build a collective conscience of values and respect for human rights, don’t go Huawei,” she said. “Instead, let’s internationalize, build something together that will be about freedom of information.”

On Thursday, the U.S. filed new charges against Huawei, including the company’s alleged theft of trade secrets from U.S.-based companies. 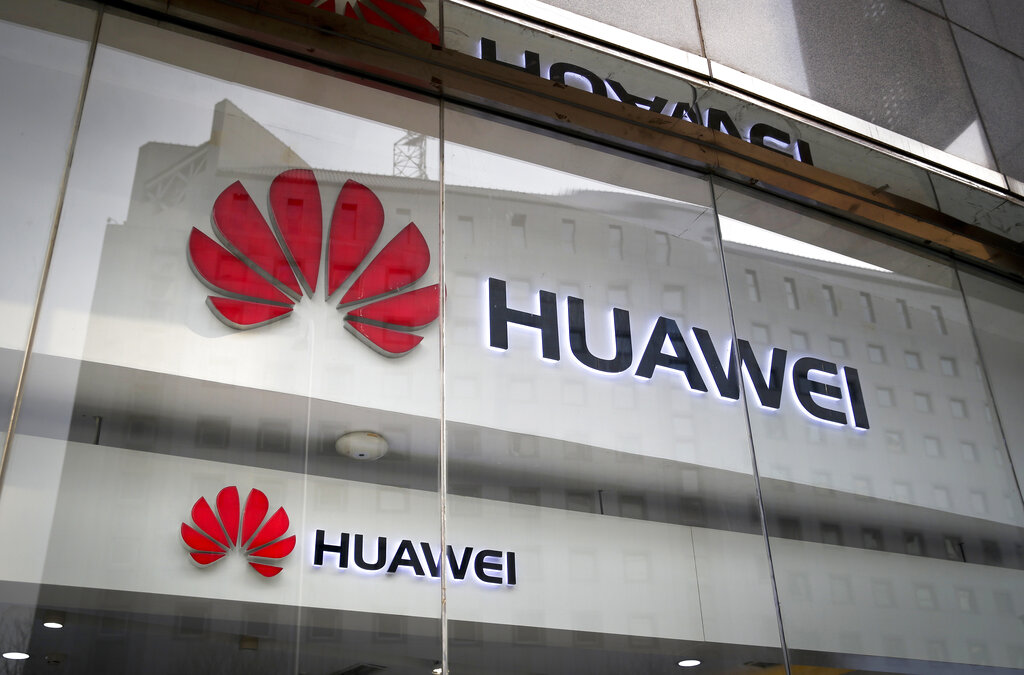 FILE – In this Jan. 29, 2019, file photo, the logos of Huawei are displayed at its retail shop window reflecting the Ministry of Foreign Affairs office in Beijing. (AP Photo/Andy Wong, File)

Meanwhile, the deadline for U.S. businesses to cut ties with the Chinese tech company has been delayed for the fourth time. Earlier on Thursday, the Trump administration granted Huawei a temporary license to continue working with American companies for another 45 days.

The Commerce Department said a number of rural broadband carriers rely on the tech company.

Huawei was blacklisted by the administration last May after it was deemed a national security risk. The company has responded to these allegations by accusing the Justice Department of attempting to “irrevocably damage Huawei’s reputation” and business.

“The U.S. Department of Justice’s new charges against Huawei are part of this campaign, this is political persecution, plain and simple,” read their latest statement.

This new indictment is part of the Justice Department’s attempt to irrevocably damage Huawei’s reputation and its business for reasons related to competition rather than law enforcement. Read the full statement from Huawei here. pic.twitter.com/iKeuJHcBeT