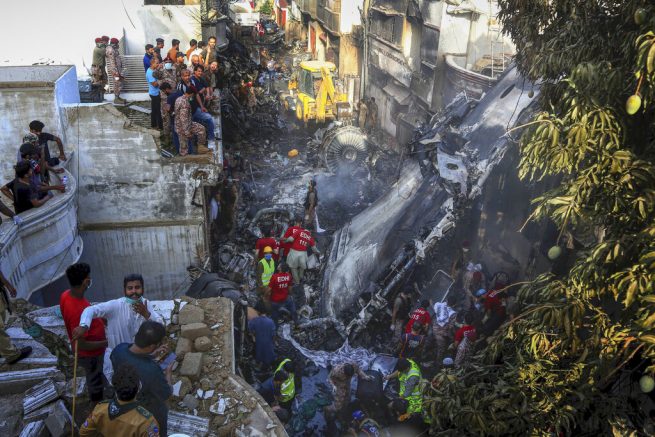 Volunteers look for survivors of a plane that crashed in a residential area of Karachi, Pakistan, May 22, 2020. An aviation official says a passenger plane belonging to state-run Pakistan International Airlines carrying more than 100 passengers and crew has crashed near the southern port city of Karachi. (AP Photo/Fareed Khan)

On Saturday, Pakistani authorities worked to recover the remains of the 97 passengers who were killed in Friday’s plane crash. According to officials, two people onboard miraculously survived after the aircraft came down in Karachi.

Officers have taken to standing guard at the crash site, while rescue teams removed the victims’ bodies from the wreckage. 19 victims have been identified, but many more will need to undergo further examination.

#VIDEO: A survivor of the plane crash in Karachi, #Pakistan, is being rescued by the locals at the site of the crash pic.twitter.com/QUoWUftIF9

The first of the funerals for the victims took place on Saturday with friends and families in attendance.

“It is a very tragic incident that has occurred on the occasion of Eid. It is especially painful because people were coming home to celebrate Eid with their loved ones. In a way, we can say the poor people have become martyrs. It is very sad.” – Salah Uddin, resident 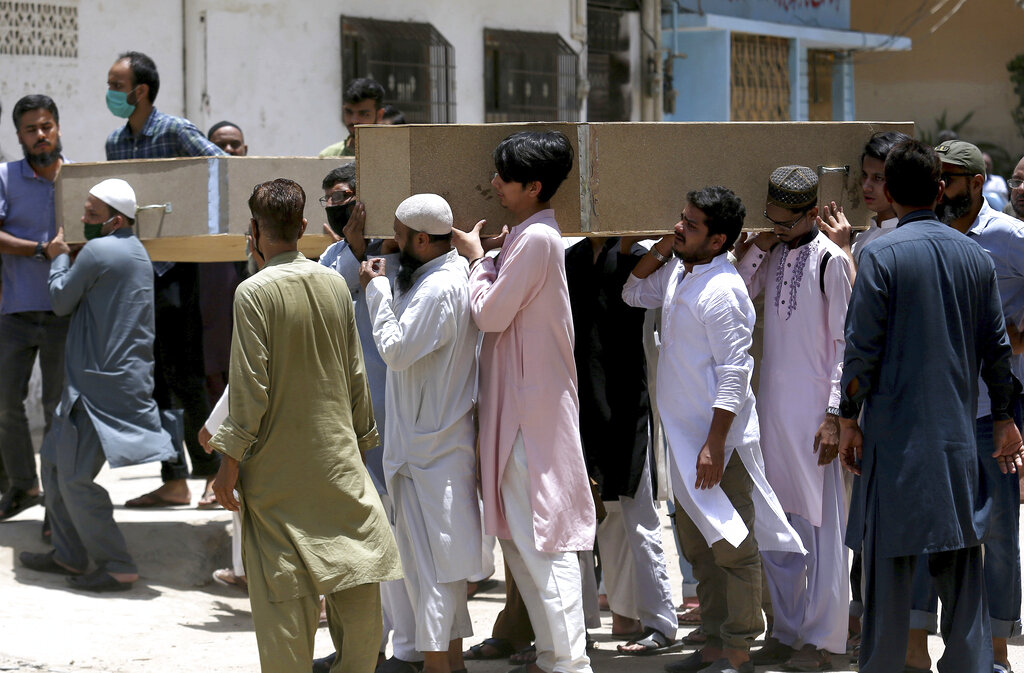 People carry the casket of the victims of Friday’s plane crash for funeral prayers in Karachi, Pakistan, Saturday, May 23, 2020. (AP Photo/Fareed Khan)

Authorities confirmed none of the residents on the ground at the time of the crash were killed, but noted some were injured.

One of the survivors of the deadly plane crash recently spoke out about how he survived the incident. In an interview from his hospital bed, Muhammad Zubair said he was able to jump from the plane as it caught fire.

He detailed the traumatic ordeal and his fight for survival.

“There were children, men and women, elderly, inside the plane. When it started rising from the runway again, they started shouting and crying, everyone started praying. After that, the plane caught fire. I unfastened my seat belt and saw light. I came out of the plane, jumped nearly from 10 feet height.” – Muhammad Zubair, plane crash survivor

An investigation into the cause of the incident is underway. According to officials, finding all of the passengers’ remains could last into next week. 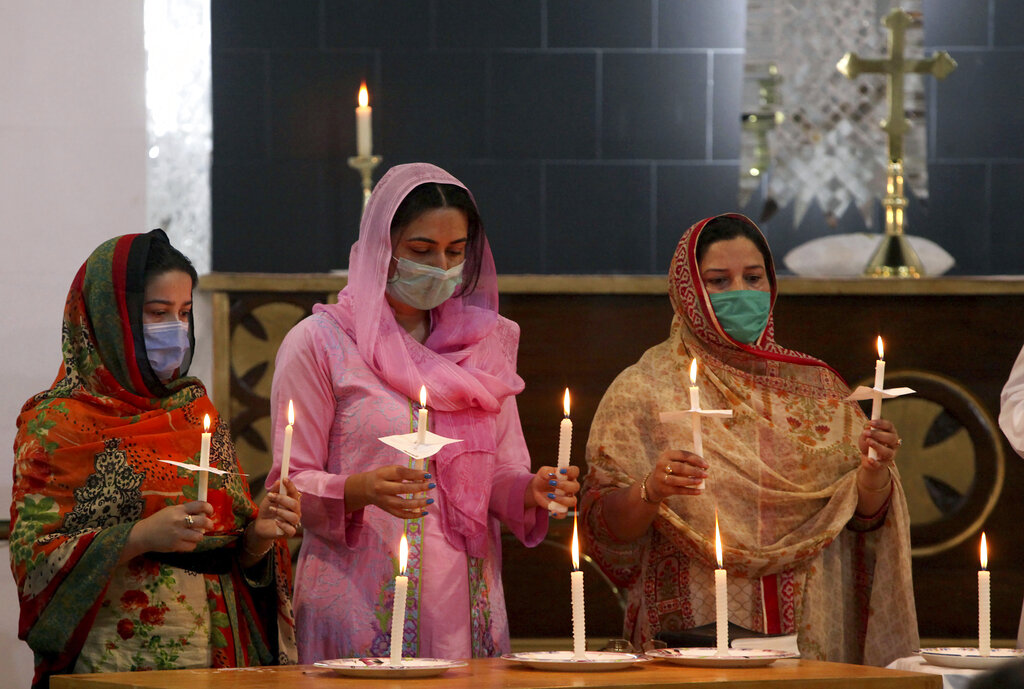 Christian women hold candles during a prayer service for the victims of a plane crash, at St. Johan Cathedral in Peshawar, Pakistan, Saturday, May 23, 2020. (AP Photo/Muhammad Sajjad)