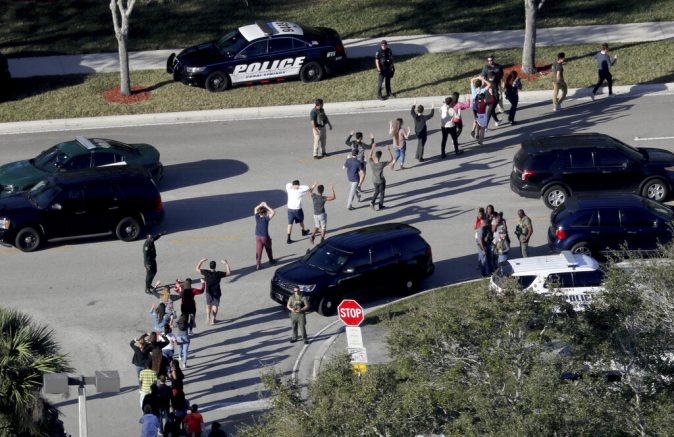 FILE – In this Wednesday, Feb. 14, 2018, file photo, students hold their hands in the air as they are evacuated by police from Marjory Stoneman Douglas High School in Parkland, Fla., after a shooter opened fire on the campus. (Mike Stocker/South Florida Sun-Sentinel via AP, File)

The family of one of the victims from the 2018 Parkland school shooting has filed a wrongful death lawsuit against the FBI.

The Pollack family filed suit on Wednesday, alleging that the bureau knew the accused gunman had “the desire and capability to carry out a mass school shooting,” but it failed to take any action to stop him.

The family specifically claimed the FBI had information Nikolas Cruz was collecting ammunition right before the shooting took place on Valentine’s Day two years ago.

This comes after the Pollack’s also filed suit against a former county sheriff deputy, who failed to enter the school building while the shooting took place.

“How many schools, how many children have to get shot?” asked Andrew Pollack. “It stops here with this administration and me, I’m not going to sleep until it’s fixed.” 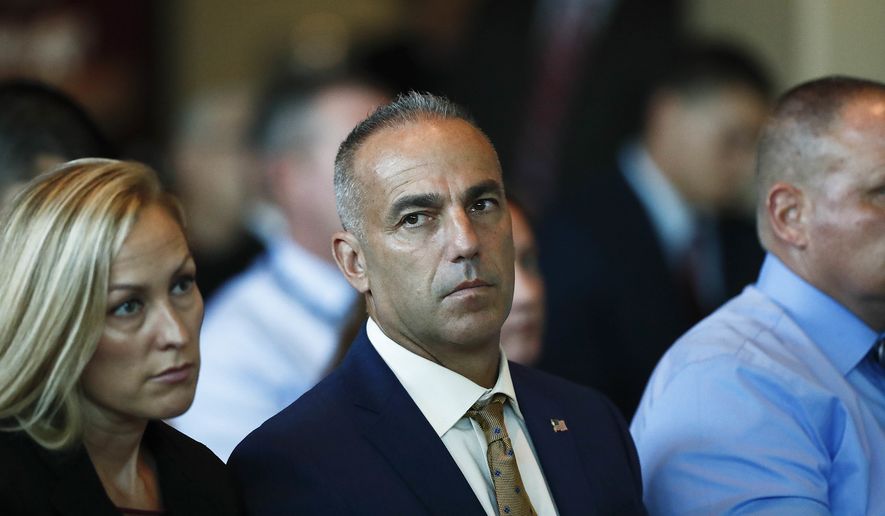 Pollack’s daughter, Meadow, was 17-years old at the time of the deadly incident. The shooting killed a total 17 students as well as teachers and wounded several others.

The suspected gunman faces multiple counts of first degree murder as well as attempted murder. His trial is expected to begin later this summer.