WASHINGTON, D.C., February 7, 2020 – One America News Network (“OAN”)  announced today that it will be premiering the investigative special, “Ukrainian Witnesses Destroy Schiff’s Case – Exclusive with Rudy Giuliani Part 4 by Chanel Rion” this Saturday at 10 pm Eastern with an encore presentation on Sunday evening at 10 pm Eastern. 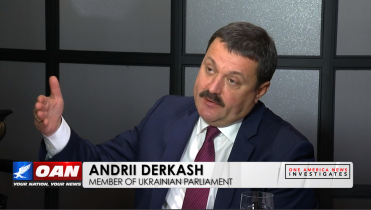 Chanel Rion, OAN’s Chief White House Correspondent, hosts the program.  Armed with the knowledge of exclusive interviews with key former Ukrainian officials, stacks of never seen before documents, along with the insights from Rudy Giuliani, Ms. Rion is able to piece the puzzle together to provide a clear picture of Biden corruption in Ukraine.

Rudy Giuliani explains why Hunter Biden was paid five to eight million dollars by Burisma.  Mykola Zlochevsky needed protection for his corrupt company Burisma.  Joe Biden, as the United States point man for Ukraine, was just the person who could provide it.  Giuliani states that there’s “overwhelming evidence that he (Joe Biden) was involved in two bribes, the he…  …was bribed by Zlochevsky to protect Zlochevsky’s company.  That’s the reason for the Hunter Biden payments.”

“We’re delighted to deliver this informative and insightful program to our viewers,” stated Robert Herring, Sr., CEO of One America News Network.  “Voices have been squelched.  We are doing what the American people have asked, namely the investigative work to ensure that the real story is pieced together with the facts.”

A trailer to a thirty second promotional video of the program is available at:  https://www.youtube.com/watch?v=pFRl_lnBrwI

Is Joe Biden suffering from a neurological deficit?

Biden, Harris sign documents ahead of nomination at DNC