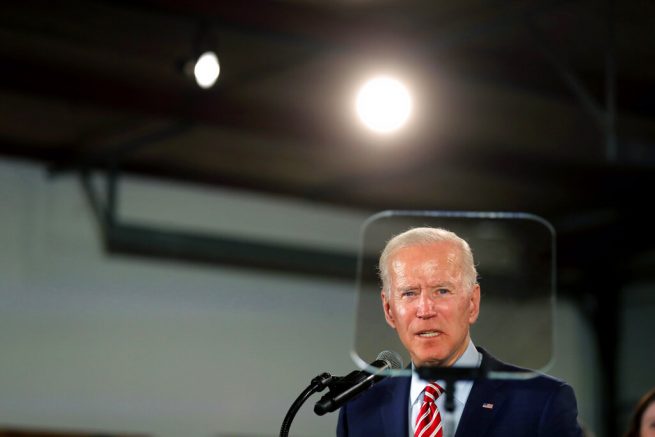 Former Vice President Joe Biden recently addressed a crowd of protesters who were calling for him to drop out of the 2020 presidential race.

While leaving a New York City campaign event Thursday, the 77-year-old was met with chants from what appeared to be his own supporters calling for him to suspend his campaign.

We found @JoeBiden at his 250 person Wall Street fundraiser.

We had a message: DROP OUT JOE!

You don’t have to do this Joe.

You can skip Nevada. You can skip South Carolina. And go straight home to Deleware. pic.twitter.com/BKjB3trVSb

Some of his supporters said although they respect Biden, it’s time for him to step aside to give younger generations a larger voice.

Biden finished fourth and fifth in Iowa and New Hampshire respectively, which is a far-cry from his front-runner status heading into the primaries.

The former vice president said he’s not considering dropping out of the race before the Nevada caucuses later this month.