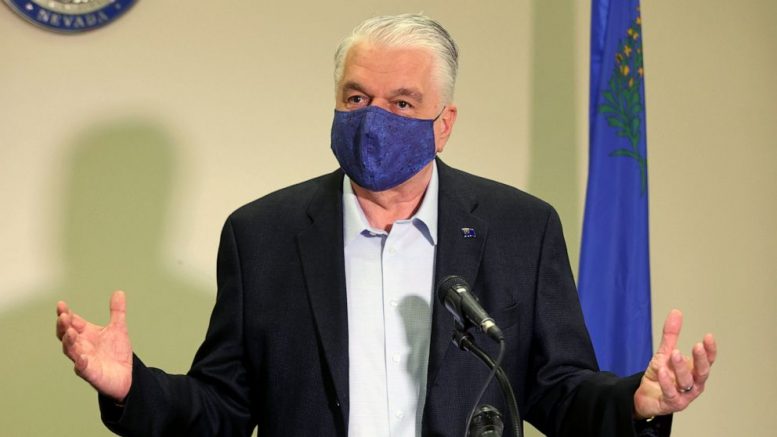 Nevada’s governor declared a state of emergency on Tuesday after a wildfire broke out in southwest Reno. Gov. Steve Sisolak (D) made the declaration in order to make local, state and federal resources available to combat the Pinehaven Fire.

An evacuation order has been issued for several neighborhoods as the fast-moving fire grew to at least 15-hundred acres, in turn, threatening 500 homes.

The #PinehavenFire, #MountainviewFire, & #LauraFire all broke out yesterday because of the high wind & dry conditions.

The rain/snow overnight & early this morning have helped suppress the 🔥 behavior, but the real 🙏 goes to our local heroes🧑‍🚒🚒

While speaking to reporters, a Reno resident Anita Boble described how she saved her daughter’s home from the blaze.

“We were about ready to leave and I saw a bunch of smoke, and my daughter said it was coming from up in the canyon and it wasn’t, it was right below the ravine,” she recounted. “And it was within 10 yards from her property line, so I got the hose and I started spraying…water does work a miracle in a fire.”

So far, nearly a dozen buildings were destroyed in the blaze. Meanwhile, fire crews are also responding to a brush fire along the California-Nevada state line.