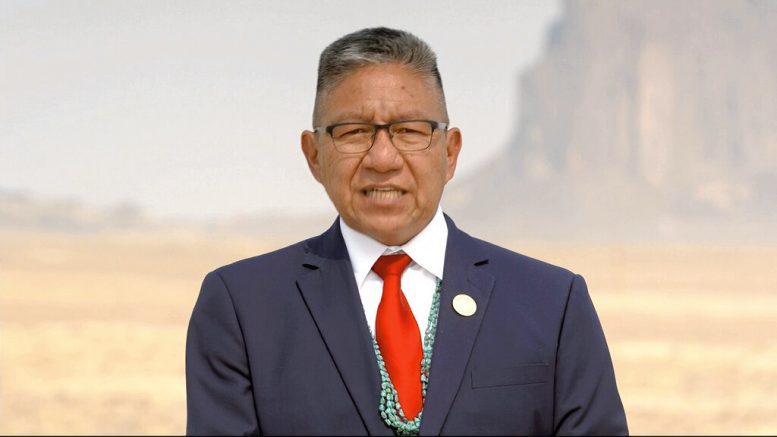 He expressed his gratitude to President Trump for ending the long fight to get Congress’ attention, which the Navajo people have struggled with. The Navajo Nation vice president added, his people had never been invited into the American dream until President Trump took office and made an effort to lend his aid.

“President Trump delivered the largest Financial funding package ever to Indian Country,” Lizner stated. “The $8 billion in CARES Act funding to Indian Country was a great start in alleviating the devastating effects that the COVID-19 pandemic has inflicted on our Indian tribes…I’m excited to endorse President Trump’s reelection.”

The president notably reactivated the White House Council on Native American Affairs, promoting prosperity within Navajo Nation and allowing easier communication as well as a stronger relationship between the two groups.

Ahé’hee, Thank you Mr. President @realDonaldTrump for sharing my #RNC2020 video on your twitter account. As mentioned, we welcome you to our Navajoland, as we look forward to hosting you, to discuss economic development on opportunity zones near the Navajo Nation. https://t.co/Hrp6KgDzRS

Lizner added that every meeting with the president was met with a strong attempt repair the broken relationship with the federal government.

RELATED: Night 2 of RNC highlights America’s role in the world