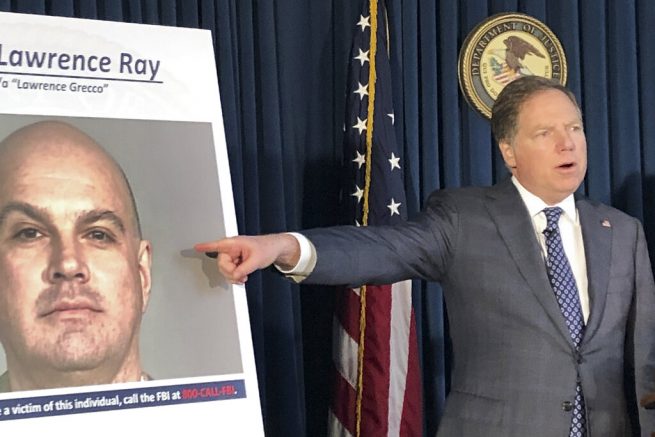 An ex-convict with connections to the mob has been arrested on allegations of extortion and sex-trafficking.

“We announce criminal charges against this man, Lawrence Ray, who for nearly a decade exploited and abused young women and men emotionally, physically and sexually for his own financial gain,” stated Geoffrey Berman, U.S. attorney for the Southern District of New York.

According to an indictment Tuesday, 60-year-old Lawrence Ray moved in with his daughter onto campus housing at the prestigious Sarah Lawrence College in 2010. Prosecutors said he then quickly befriended her roommates, some of which were still teenagers, and began having so-called “therapy sessions” with them.

During those sessions, Ray alienated the students from their parents by reportedly convincing them that they lived in “broken” homes and later persuaded them to move into an apartment he bought in Manhattan in 2011. 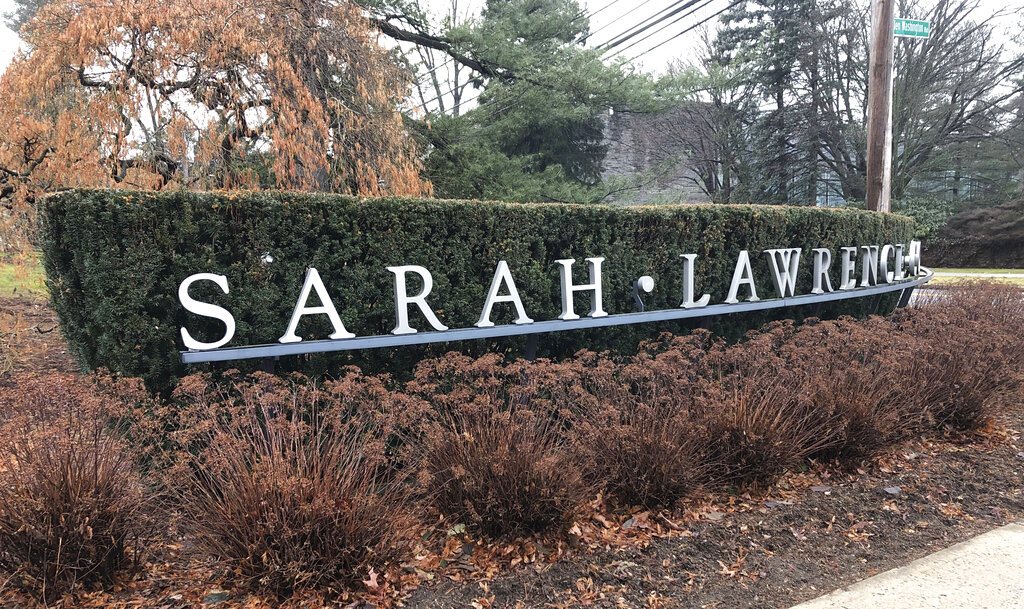 A sign along a hedge row marks the campus of Sarah Lawrence College in Yonkers, N.Y., Tuesday, Feb. 11, 2020. Ex-convict Lawrence “Larry” Ray was arrested Tuesday on charges he bilked several Sarah Lawrence students out of nearly $1 million and forced some into prostitution or unpaid labor. (AP Photo/Luke Sheridan)

“In total, over nearly a decade, Ray coerced and extorted nearly $1 million in payments from five different victims,” said Berman. “As alleged in the indictment, at the core of Ray’s criminal conduct was his ability to psychologically control his young victims, most of whom were in college when the scheme began.”

Ray also reportedly forced his victims to falsely admit to crimes they did not commit and then used their confessions to extort them into doing work for him, including forced labor and prostitution. According to evidence, he would use videos to blackmail his victims.

The local FBI commented on his arrest during a news conference Tuesday, where they stated there was no excuse for his alleged behavior.

“For the victims of human trafficking: I’m not entirely sure justice ever served is easily defined,” stated William Sweeney, FBI Assistant Director for the New York field office. “If you’re a victim of Lawrence Ray or if you have additional information related to the charges announced today, we’re asking you to call us at 1-800-CALL-FBI.”

Ray is facing nine criminal counts, including sex trafficking, extortion and forced labor. If convicted, he will face a maximum sentence of life in prison.