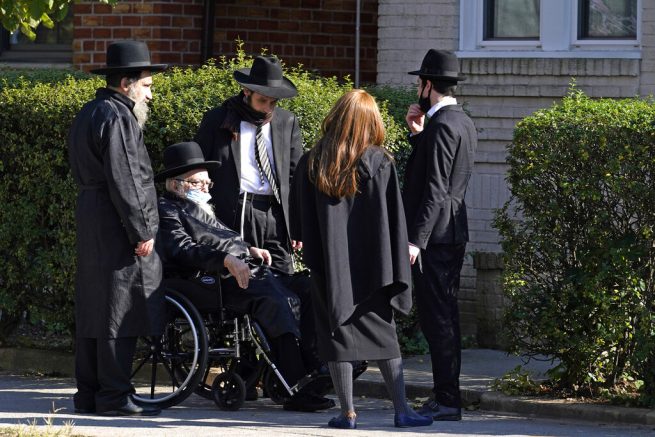 Members of the Orthodox Jewish community gather on a street near a synagogue in the Borough Park neighborhood of Brooklyn during the Jewish holiday of Sukkot, Sunday, Oct. 4, 2020, in New York. (AP Photo/Kathy Willens)

On Tuesday, Cuomo detailed a new plan to tackle a recent spike in COVID-19 infection rates in the Big Apple. This includes plans to close down schools in “hot spots” around the city and shutter businesses in affected areas.

“Step one, you take the most dramatic action within the cluster itself where you have the highest density of cases,” stated the Democrat governor. “Understanding that the people in that cluster interface with the surrounding communities, take additional action in the communities surrounding the cluster.”

According to officials, the worst hit areas include the boroughs of Brooklyn and Queens, which have large orthodox Jewish communities.

Cuomo went on to warn against mass gatherings by saying there have been several instances of religious institutions holding events with a thousand people in attendance. However, community leaders blame the city for not collaborating with them to enforce rules.

Meanwhile, New York City Mayor Bill de Blasio is also facing backlash for announcing the shutdown on Sunday, which fell on the second day of the Jewish holiday festival Sukkot. This is a time orthodox Jews refrain from using phones or computers. 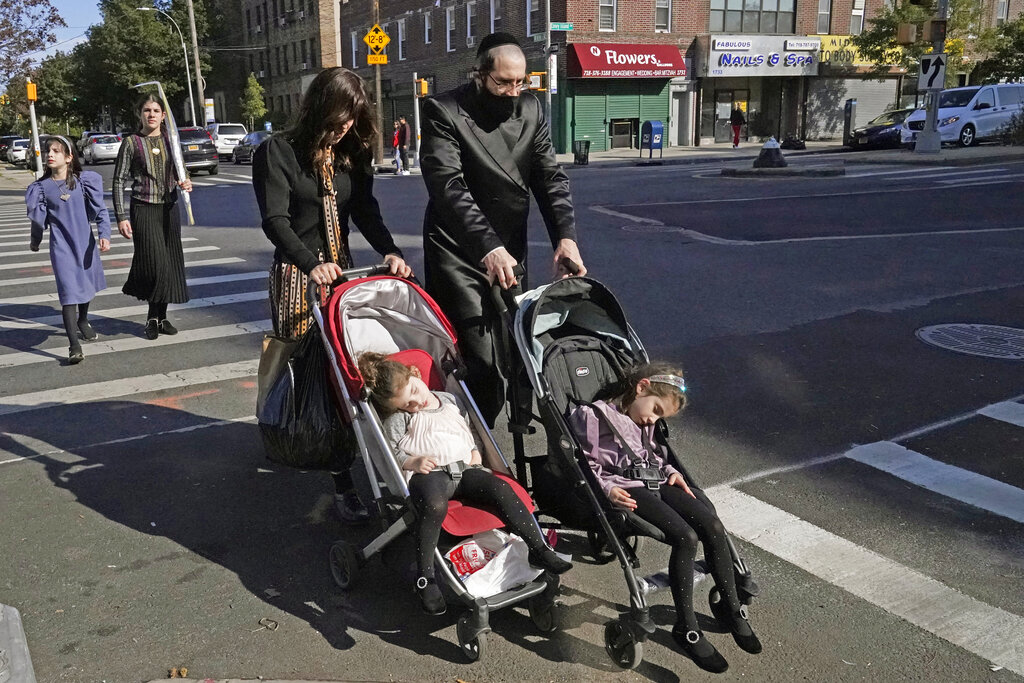 An ultra-Orthodox Jewish man and woman wheel strollers with sleeping children in them as they cross a street on the Jewish holiday of Sukkot, Sunday, Oct. 4, 2020, in the Borough Park neighborhood of Brooklyn in New York. (AP Photo/Kathy Willens)

Although De Blasio said he was aware of the holiday, he claims he wanted to get the information out as soon as possible. Some have criticized the move by saying it shows “city hall’s incompetence and lack of sensitivity” towards Jewish residents.

Gov. Cuomo said he plans to speak with community leaders on Wednesday to discuss the matter.