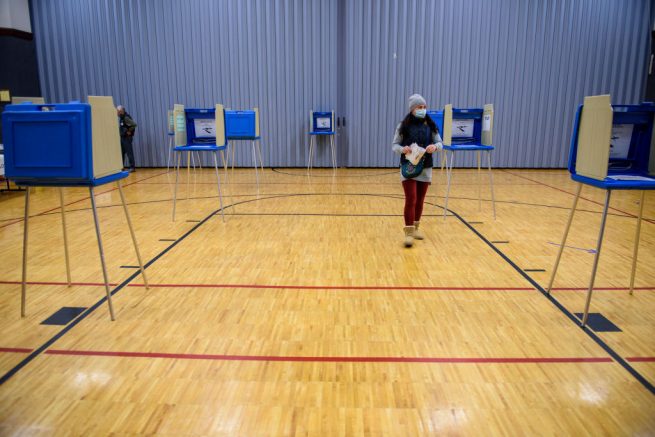 FAYETTEVILLE, NC – NOVEMBER 03: A church gym is turned into a polling center on Election Day at Church of Jesus Christ of latter-day Saints on November 3, 2020 in Fayetteville, North Carolina. (Photo by Melissa Sue Gerrits/Getty Images)

Election results in North Carolina are expected to be delayed after the State Board of Elections extended voting time at four polling sites.

The board moved to increase voting times at two sites in Sampson County, N.C. as well as locations in Cabarrus and Guilford County due to earlier delays.

NC voting results will be delayed at least 45 minutes tonight, as the #ncpol elections board has just voted to extend a polling place in Sampson County by that long due to some problems they had this morning. Vote passed 3-2, with the Democrats in favor and Republicans against

According to state policy mandates, results can not be released before polls close. This means the extension will delay the release of results by at least 45 minutes than originally planned.

North Carolina is one of a number of battleground states expected to be closely contested.