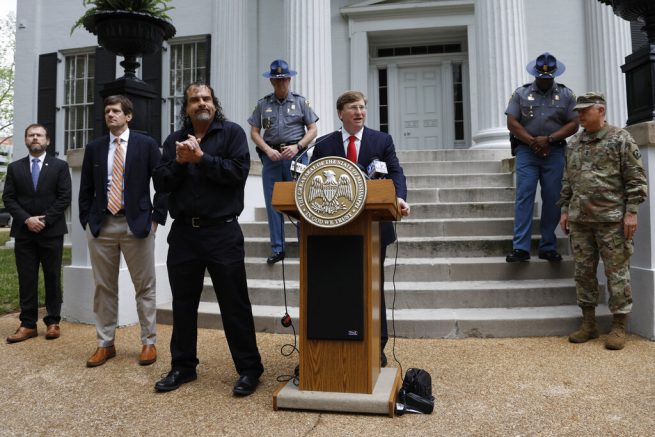 Mississippi Republican Gov. Tate Reeves, standing at the podium and members of the state’s COVID-19 response team, speaks with reporters outside the Governor’s Mansion to give an update on the current situation of COVID-19 and coronavirus in the state and discuss Mississippi’s ongoing response to slow the spread, Tuesday, March 24, 2020 in Jackson, Miss. (AP Photo/Rogelio V. Solis)

The governor of Mississippi has demanded abortion procedures cease during the coronavirus crisis.

During a recent press conference, Republican Governor Tate Reeves turned to the issue of abortion. He emphasized the procedure is elective, making it subject to the restrictions put in place to preserve medical supplies for the treatment of COVID-19 patients.

Mississippi only has one abortion provider in the entire state. The facility is run by the Jackson Women’s Health Organization and is colloquially known as ‘The Pink House’ because of its color.

The governor claimed to be unaware of whether abortions were still being carried out at The Pink House during the pandemic. However, he has said he would be willing to consider all measures available to the state to stop the facility from flouting emergency restrictions.

“We’re doing everything in our power, and have for many years, to make Mississippi the safest place in America for unborn children. It is without question that the lone clinic in Jackson does in fact operate, doing procedures that are elective and not required. Therefore, they should be following the guidelines offered by the State Department of Health. If they are not, I would be prepared to try to take additional actions to make sure that they do so.” – Tate Reeves, Governor of Mississippi 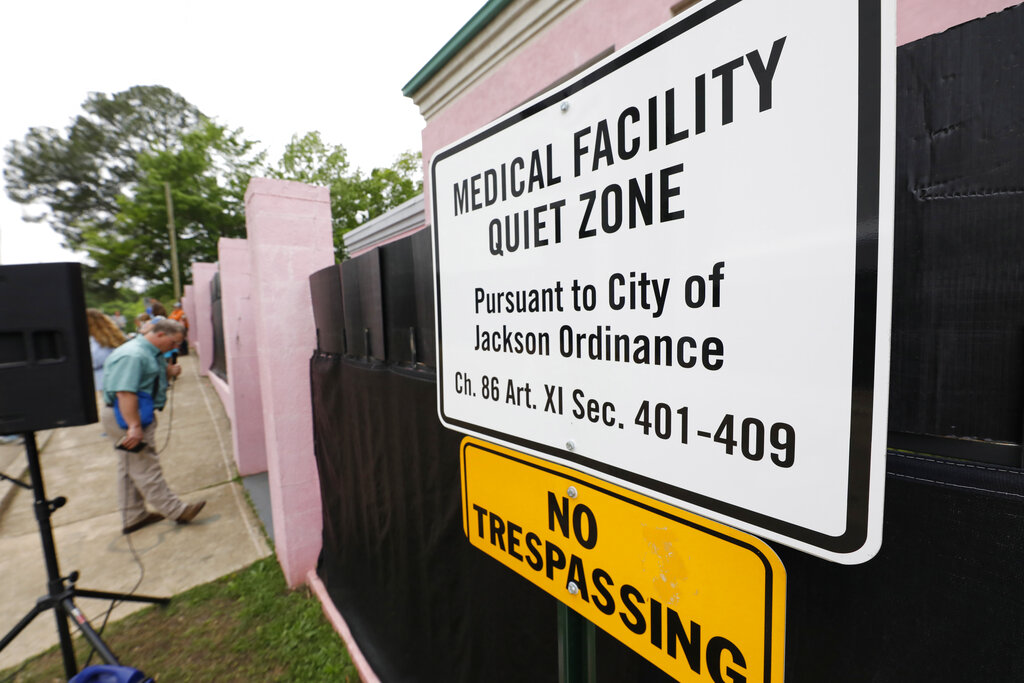 Coleman Boyd, an anti-abortion activist calls out prayers, interspersed with a plea to hold off having an abortion, to women entering the Women’s Health Organization clinic, Wednesday, March 25, 2020, in Jackson, Miss. (AP Photo/Rogelio V. Solis)

Ohio and Texas have also included abortions under the umbrella of elective surgeries. Ohio’s ban will extend until April 6th, but does not set out any specific penalties for clinics that fail to comply with the rule. Texas has instituted a month-long hiatus on elective abortions and implemented penalties of up to $1,000, or 180 days in jail, for transgressors.

The argument made for these restrictions has been that elective medical procedures take away resources, particularly Personal Protective Equipment (PPE), from healthcare providers, who are focused on fighting the spread of COVID-19, and thus endanger public safety.

“The reason those elective procedures are shut down is…we need to protect our PPEs, our masks, etc., and other supplies for anyone who gets infected by this virus,” emphasized Reeves.

Pro-abortion groups have already protested these new decisions, both in Mississippi and in the other states enforcing restrictions. They claimed abortions are essential and time sensitive procedures.

Analysts believe it unlikely the decisions will be reversed, as many courts across the country have suspended proceedings during the pandemic. This would make a legal challenge unlikely to succeed. 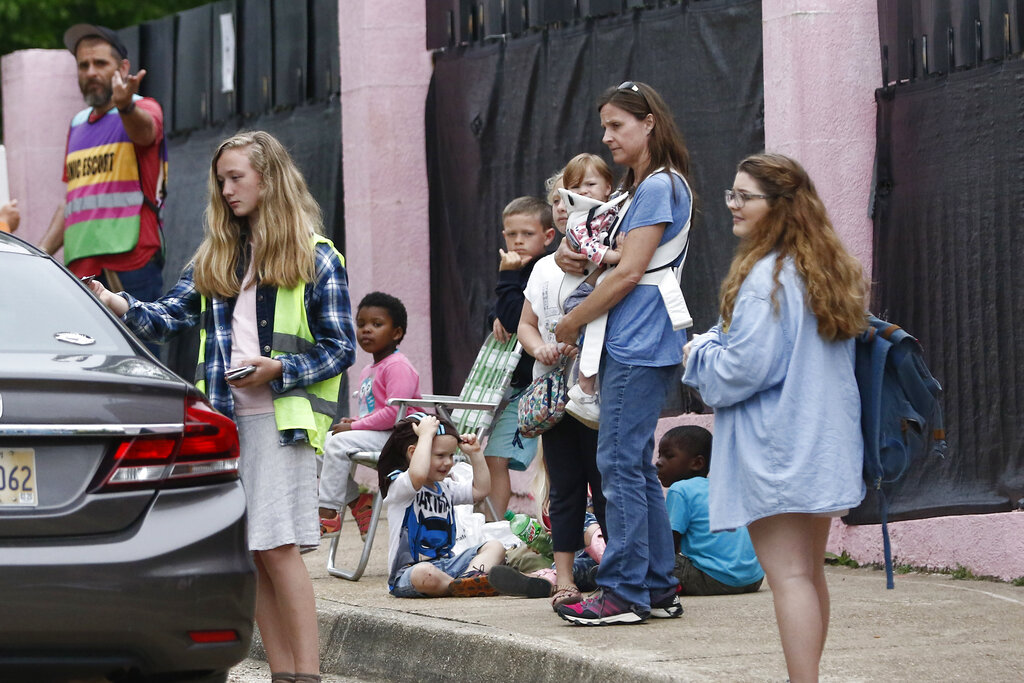 A family of anti-abortion activists stand outside the “Pink House” as the Women’s Health Organization clinic, is sometimes called, as they call on patients being dropped off at the facility, to hold off having an abortion, while a clinic escort, signals the driver into their parking lot, Wednesday, March 25, 2020, in Jackson, Miss.  (AP Photo/Rogelio V. Solis)