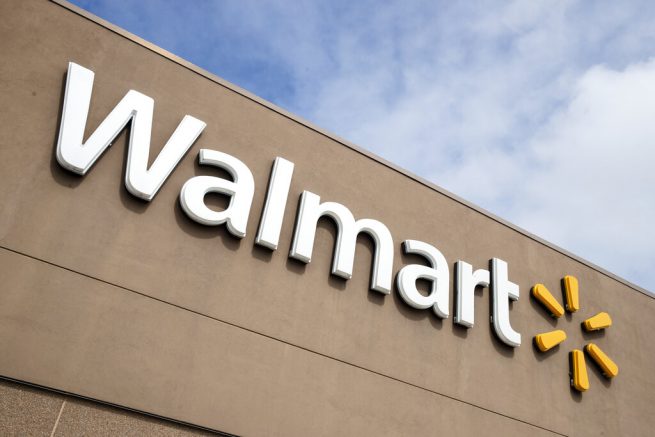 File- A Walmart in Warrington, Pa., is shown Tuesday, March 17, 2020. A couple in Minnesota wore red face masks emblazoned with swastikas to a Walmart in a video posted on social media. (AP Photo/Matt Rourke, File)

The couple, who are reportedly 59 and 64 years of age, could be seen in a video posted to Facebook on Sunday wearing the masks as they paid at the cash register.

In the video, the couple claimed the U.S. will become like Nazi Germany if Joe Biden is elected and made explicit gestures at the bystanders who confronted them.

This couple wore Nazi flags around their faces inside a Walmart in Marshall, MN to protest the statewide mask mandate that took effect today. I confirmed with a store manager. Video was posted to FB by Raphaela Mueller pic.twitter.com/t3v96PKh25

In a tweet Sunday, Minnesota Governor Tim Walz condemned the couple and praised the bystanders who opposed them.

Disgraceful, plain and simple. Thank you to the bystanders who stood up to this unacceptable, hate-fueled behavior.https://t.co/KaGfGFywuA