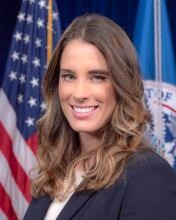 Yesterday’s revelation that Miles Taylor is Anonymous is the latest blow to the #resistance and any credibility the New York Times had left.  Contrary to the Anonymous article and vouchers by the New York Times, Miles Taylor was not a “White House official” and did not have “frequent access to the President.”  Miles didn’t even have a White House badge and was not free to come or go to the White House without first gaining approval from someone who actually worked there.  He certainly didn’t have frequent access to the President.  The New York Times cites that there are “several pictures” of Taylor with the President.  They are likely referring to photos of the signing of Executive Orders, which are a formality and privilege to attend.  Those photo opportunities are not policy meetings. Taylor was likely granted the privilege of the photo op due to his close relationship with then-DHS Secretary Kirstjen Nielsen, not his relationship with President Trump.

Those of us who worked closely with Taylor, day in and day out, out of a desire to serve our country, are left underwhelmed.  I was an executive at DHS during the Anonymous scandal and, at the time, the other DHS leaders and I were very frustrated that someone perceived to be so close to the President could do such a thing.  We wondered how someone could betray the Administration that way.  To find out it was little Miles Taylor is anti-climactic at best.  The saga ends with a dud.  It’s a similar reaction to the ending of the movie American Psycho.  The whole thing was fake?!  A delusion?! Yes, America.  We got played.  Media giant, The New York Times, teamed up with a spotlight-craving trickster to deceive the American public into believing a high-ranking White House official was pulling strings on the President’s decisions.  It never happened.  Taylor never worked at the White House, never advised the President, never resisted a single initiative, never made a bit of difference. Never. None of it was true.  When people ask me if I ever suspected Taylor, the honest answer is no.  I knew Taylor didn’t have the kind of access that Anonymous professed to have, so I didn’t think it could be him.  Like most Americans, I believed it was someone who had access to the President.

The New York Times lied to the American people and portrayed a young man’s fantasy as fact, hoping to do harm to the President.  Acting DHS Secretary Chad Wolf issued a statement saying Miles Taylor never once expressed disagreement with any of the President’s policies.  I support Wolf’s statement.  I served as the Executive Secretary for the Department during Taylor’s tenure and never once did Taylor indicate any type of intentional resistance to anyone.  Ever.  Taylor’s imaginary game never materialized and he ultimately slinked away from DHS with his tail between his legs. Taylor is a quintessential “Yes Man” who hoped to work his way into power by telling people what they want to hear.  No one really took him seriously.  The idea that he promotes himself as the former Chief of Staff is absurd.  For 99 percent of the time during Secretary Nielsen’s tenure, Chad Wolf served as the Chief of Staff.  Only after Wolf shifted to the role as Under Secretary of Policy, did Taylor try to assume the role as Acting Chief of Staff.   Within a few weeks, maybe two months at most, Taylor successfully got himself fired from the position and was out of the Department a few weeks later. The idea that he refers to himself as the Chief of Staff is preposterous and a direct affront to Chad Wolf…who actually did the job. 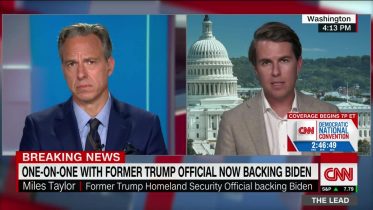 The New York Times and the “resistance” must be cringing that Miles revealed himself, showing the nation that their “insider” didn’t even have access to the White House without permission.  Their big scary shadow is a mouse with a flashlight.  This pretty much sums up the liberal media’s current position.  They have nothing on Donald Trump, so they use whatever trash slinks up with a story, hoping the American people will buy it.  So what does someone do after being fired from his position in the Administration, losing all credibility in DC, and then blowing a stellar opportunity at Google?  He becomes a contributor for CNN.

For more from Christina Bobb, tune into Weekly Briefing with Christina Bobb on OANN Saturdays and Sundays at 2 pm EST.  Social Media: @christina_bobb