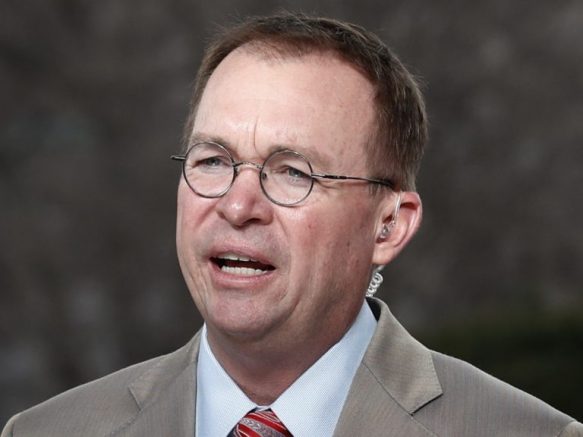 Former acting White House Chief of Staff Mick Mulvaney is refuting claims made by John Bolton in his new memoir. In an interview Friday, the former official said the president did not beg China for help winning November’s election.

His remarks came in response to a section from Bolton’s new book “The Room Where It Happened,” which claimed President Trump “pleaded with the president of China to help him win reelection by buying agricultural goods.”

“Did the president talk about the Chinese buying more American soy beans and other agricultural products? Yes, he did that probably every time he talked to president Xi,” he explained. “Would selling American agricultural products be good for the country and thus good for his reelection? Yes, they would be, but to put those two factually true statements together to make it look like the president was begging china for inappropriate help…that’s bizarre.”

Bolton’s book, which is getting terrible reviews, is a compilation of lies and made up stories, all intended to make me look bad. Many of the ridiculous statements he attributes to me were never made, pure fiction. Just trying to get even for firing him like the sick puppy he is!

Mulvaney went on to say Bolton never brought the issue up to the dozens of other officials who were at the meeting and instead chose to only write about it in his book.