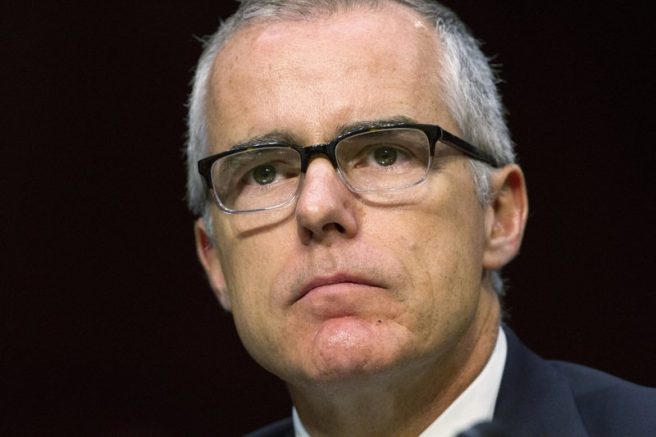 According to newly released notes from a 2017 interview, former Deputy Attorney General Rod Rosenstein sought out James Comey’s advice about appointing a special counsel. These notes, in addition to 300 pages of witness interviews, suggest McCabe told investigators Rosenstein asked him to get Comey’s opinion on whether a special counsel should be appointed.

Comey was stripped of his role as leader of the Russia investigation after the president determined he was unfit to to lead the bureau. Rosenstein then appointed Robert Mueller to take on the Russia probe, who’s investigation did not establish a criminal conspiracy between the Trump campaign and the Kremlin.

“You notice this with the Ukraine argument, they don’t want the President to investigate what went on. Its now expanded from Ukraine to the President wasn’t allowed to make entrees to his attorney general, who is investigating this spying operation on candidate Trump…it’s incredible. They want to criminalize investigations of this activity.”

President Trump is now slamming the FISA court’s decision to appoint Obama-era official David Kris to oversee changes deemed necessary by the Horowitz report. The president argued the appointee has “no credibility.”