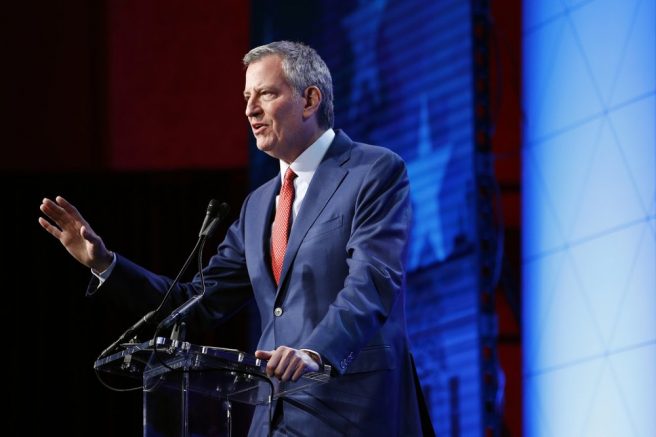 New York City Mayor Bill de Blasio recently condemned the attack of a Jewish journalist in his city. On Thursday, he spoke out on the targeted assault of Jewish Insider reporter Jacob Kornbluh.

The journalist was targeted by a group of men in Borough Park in Brooklyn, which is one of the state designated “red zones” with tight COVID-19 restrictions. The attackers allegedly suspected Kornbluh of reporting restriction violations to police.

Kornbluh was covering the protests that followed Governor Cuomo’s announcement of another shutdown, which protesters argued unfairly targets Jewish communities.

The mayor has called the attack unacceptable and disgusting.

“Here’s a journalist who really cares about doing the work of informing people of what’s going on, and here’s a mob of people attacking him,” stated de Blasio. “It’s absolutely unacceptable, disgusting really.”

In the meantime, Kornbluh has said he is filing charges against the individuals who attacked him.