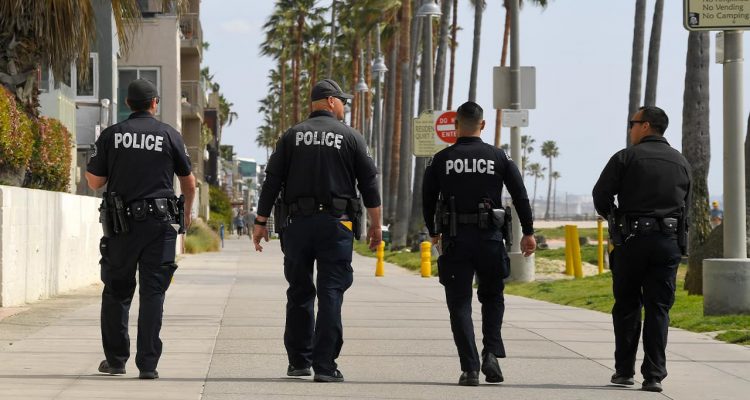 The Los Angeles Police Department (LAPD) is preparing for a drastic reorganization as it’s forced into a $150 million budget cut.

According to LAPD Chief Michel Moore this week, the department will immediately have to cut an estimated 350 positions. He said the initial readjustment turns the department’s attention toward its handling of daily calls and emergencies. The chief noted cuts could only be made in specialty areas.

“I can’t take those 350 people out of patrol, they would just absolutely decimate our patrol, staffing,” Moore explained. “So we’re looking at our specialized areas, and some of them we’re downsizing and others we’re eliminating.”

Officials fear the switch may result in officers being put on cases where they lack expertise. However, Moore said the department will focus on keeping officers and detectives in areas where they have training.

A total of 234 officers will be sent back into patrol. The departments Sexual Assault Unit at the Robbery-Homicide Division is one of the groups to be dissolved.

“The Sexual Assault Unit, this is one of the cutbacks that we’re doing within the realignment,” Moore stated. “Those specialized detectives will be moved out to the geographic bureaus.”

This very unit was responsible for the investigations into movie producer Harvey Weinstein and USC physician George Tyndall.

According to Moore, the department also plans to cut air support, gang and narcotics as well as robbery and homicide divisions.

The reductions to the budget were first announced during summer, following widespread protests calling to defund the police after the death of George Floyd. The budget also anticipates future cuts to all city agencies due to the coronavirus pandemic.

This comes as the city’s homicides this year have increased by 25 percent, marking more than 300 killings since 2009.

Today, @LAPDWilshire reminded us of their continued dedication to remove guns off our streets—working to keep Angelenos as safe as possible. pic.twitter.com/CPwjIxhbKl

As the department continues to work through this drastic change in the coming months, Moore said potential budget cuts may force the department to eliminate hundreds of more positions.