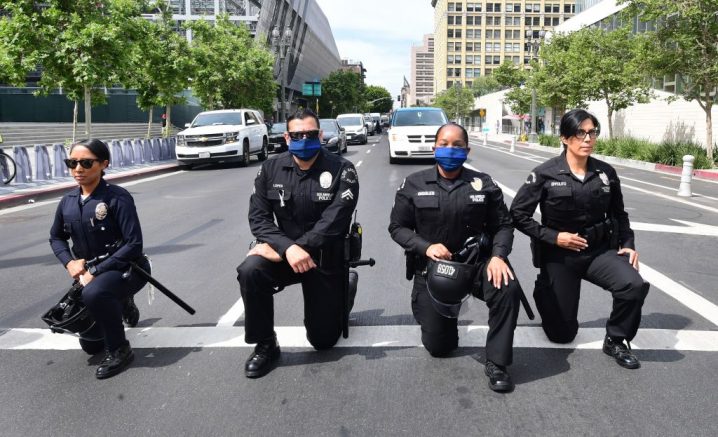 The Los Angeles Police Department is pulling back the number of officers in certain divisions as a result of budget cuts.

According to reports, they’re undergoing a “broad reorganization” by cutting officers from manning station desks over the weekends, no longer responding to minor hit-and-runs  and reducing the size of its air support division.

Cuts will also be made to the department’s robbery, homicide, gang and narcotics divisions.

In June, the Los Angeles City Council cut the police’s budget by $150 million in the face of anti-police protests. 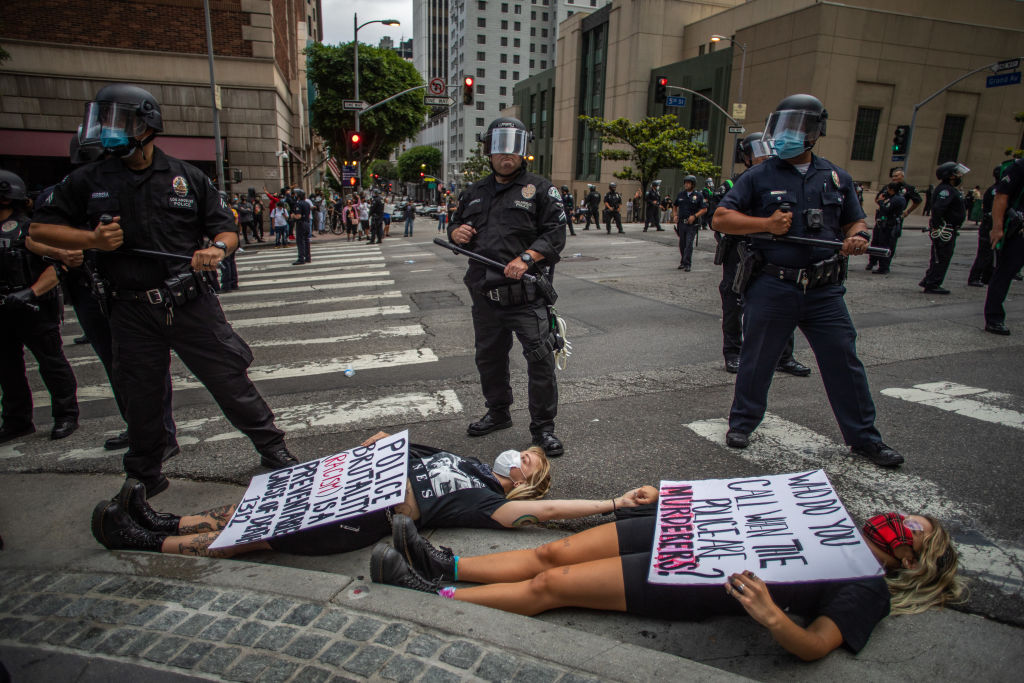 Demonstrators protest in response to the police killing of George Floyd on May 29, 2020 in Los Angeles, California. (Photo by Apu Gomes/Getty Images)

In the meantime, homicides have reportedly risen 25 percent in the city which puts LA on its way to pass 300 killings for the first time in 11 years.