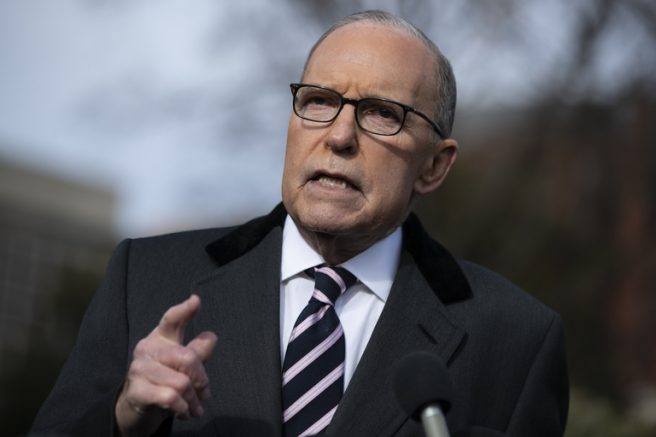 White House economic advisor Larry Kudlow said the economy has proven its resilience over the course of the pandemic as well as the presidential election.

Kudlow: The “blue wave” Democrats were predicting clearly did not happen.

In an interview Friday, the Director of the U.S. National Economic Council agreed the health of the economy is dependent on a peaceful transition of power if President Trump is not reelected. He said the White House is committed to making sure that transition goes as smoothly as possible.

“I think there will be a peaceful transfer of power and I think the markets have been remarkably calm and resilient,” Kudlow stated. “…There’s some things to clear up here and, again, it’s not my expertise…I’ll leave that specially to the campaign, but, yes, we will continue peacefully”

The economic advisor went on to call America the “greatest democracy” and said we abide by the rule of law.