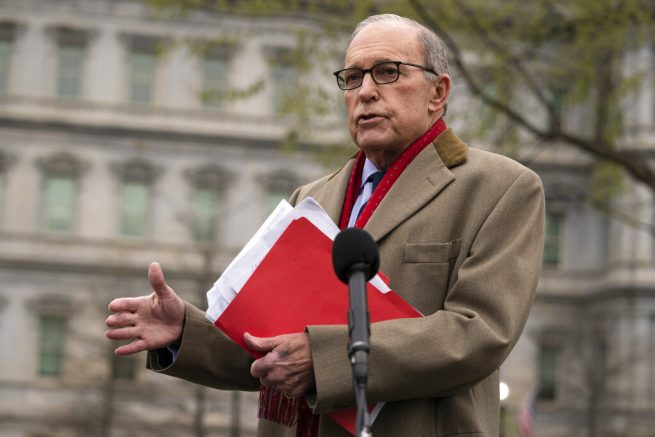 The National Council of Economic Advisors director said the stimulus package negotiated in Congress could prime the country for an economic rebound in the second half of the year.

Kudlow also noted the administration will consider advice from health care professionals regarding any potential moves.

“The president has put this out there, talked to a bunch of us…if we can target zones where the virus is less prevalent, things are safe, we’re not abandoning the health professionals advice,” he stated. “But there is a clamor to try to reopen the economy and perhaps I’ll call it less of a shut-in and so, that’s one piece, that’s yet to be determined.”

President Trump: "America will again and soon be open for business. Very soon. A lot sooner than three or four months that somebody was suggesting. A lot sooner. We cannot let the cure be worse than the problem itself."

RELATED: Pompeo: U.S. to cut $1B in aid to Afghanistan over political turmoil