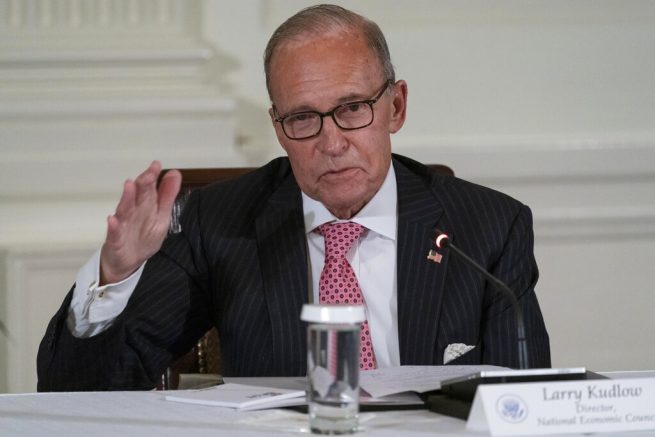 According to White House economic adviser Larry Kudlow, President Trump has led America “wisely” through the coronavirus pandemic. He made those comments in an interview Friday amid the controversy surrounding Bob Woodward’s new book.

In a recorded interview for book, President Trump said he downplayed the severity of the virus as to not cause mass panic. However, Kudlow said, “there was a lot we had to learn in a very short period of time and the President did the best he could.”

Kudlow suggested critics misinterpreted the President’s calmness as him trying to downplay it. He noted that calmness did not stop him from creating critical infrastructure to combat the outbreak.

“The President’s public posture where he wanted to calm, not panic in no way reflected or slowed the internal process of building an across the board infrastructure to combat the virus,” stated the economic adviser. “I, frankly, think that putting up that kind of infrastructure in a month is a remarkable achievement and we are winning the battle against the virus.”

President @realDonaldTrump's actions at the beginning of the pandemic were serious, swift, and saved lives—while Democrat leaders did nothing.

The President has led an unrelenting fight against the virus every step of the way. pic.twitter.com/sJNKfcSyTv

Kudlow also praised the President for imposing travel restrictions on China and Europe, which he said was key to stemming the outbreak early on.