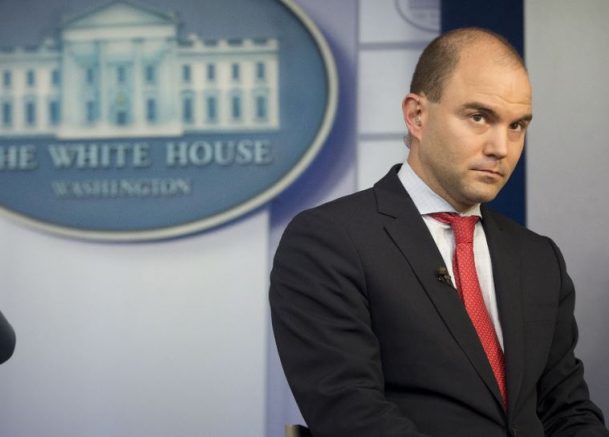 Ben Rhodes attends an interview with CNN in the Brady Press Briefing Room of the White House on April 7, 2015. (Pablo Martinez Monsivais/AP)

According to new records, top Obama administration officials lied about what took place in Benghazi. This month, Judicial Watch released a report that uncovered new emails from the White House.

The records followed a FOIA lawsuit from the non-profit group, which was filed in 2016.

Several weeks after an attack in Benghazi left four Americans dead, Obama official Ben Rhodes sent an email detailing how the administration would manipulate the intelligence. This came after then National Security Adviser Susan Rice told reporters the attack was “spontaneous.”

The emails revealed the administration allegedly knew the attack was not spontaneous, but lied to increase Obama’s chances of reelection.

“They didn’t want it known widely that it was a terrorist attack, the murder of our ambassador and three other Americans, something that could have been prevented,” stated Tom Fitton. “They didn’t want all that known, so they lied.”

Another email from Rhodes suggested the official joked about being called a “liar” and a “leaker.”