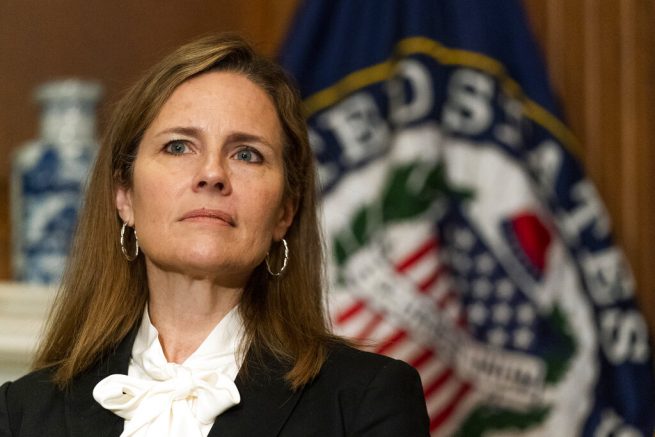 Supreme Court nominee Judge Amy Coney Barrett’s confirmation hearing is set to begin on Monday. According to details released by the Senate Judiciary Committee, two GOP senators from Indiana and a former law professor will introduce her to the people to kick off the hearing.

Sen. Todd Young, Sen. Michael Braun and former Notre Dame law professor Patricia O’Hara will open the hearing with a five minute speech on Judge Barrett’s qualifications. The judge will then give her own opening statement to the committee.

Both senators met with the Supreme Court nominee in recent weeks as part of her circuit to meet with lawmakers. They have spoken about her qualifications in the past, remarking on her deep understanding of the role of a judge.

The hearing is set to be a hybrid mix of in-person and virtual participation. Some senators are expected to join via teleconference, as several key senators like Thom Tillis recently tested positive for COVID-19.

The Judiciary Committee will officially begin questioning Barrett on Tuesday. Democrats are expected to grill her on health care, abortion and gun rights.