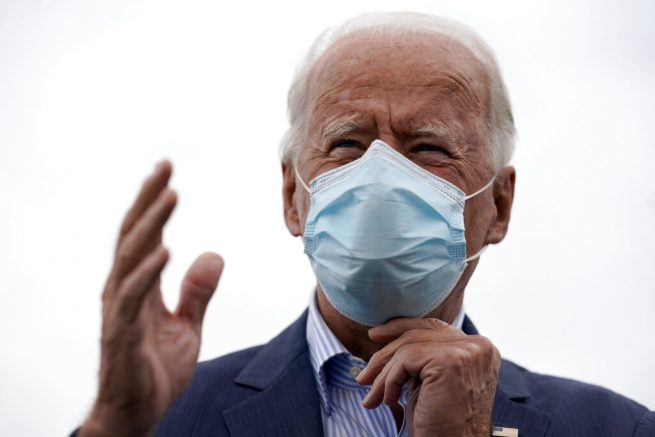 On Friday, Joe Biden was asked, yet again, if he would inform voters on whether or not he is planning to add justices to the Supreme Court. He dodged the question, prompting concern and frustration over his campaign’s lack of transparency.

A number of prominent Democrats spoke out in support of the idea following President Trump’s nomination of Judge Amy Coney Barrett to the nation’s highest court.

While Biden originally opposed court packing at the beginning of his campaign, many are now questioning if he’s changed his stance. The former vice president has consistently refused to answer the critical question, suggesting he is willing to delegitimize the third branch of government in order to use the Supreme Court as a political tool for the left.

Question of the day for Joe Biden

You said that voters “don’t deserve” to know if you’d go along with a scheme to pack the U.S. Supreme Court.

What other plans of yours do voters not deserve to know about?pic.twitter.com/Y2ZxMBngHl

Some have said court packing is a threat to citizens’ individual freedoms. Court packing was once considered so radical that when FDR proposed the idea in 1937, his own party criticized him.

Joe Biden is not the only person in his campaign who has refused to answer the question. During Tuesday’s vice presidential debate, Mike Pence asked Kamala Harris how a Biden-Harris administration would handle court packing.

She quickly changed the topic.

Joe Biden and Kamala Harris are going to pack the Supreme Court if they win this election.

RELATED: Biden Refuses To Reveal Position On ‘Packing’ Supreme Court Until After Election