In Focus, hosted by Stephanie Hamill explores the top issues and stories of the day using insight and humor cultivated from many years of reporting the news and covering politics. Hamill, a straight shooter, isn’t afraid to tell you what she thinks.

Before returning to OAN, Hamill worked as a video columnist for The Daily Caller, a 24-hour news publication providing its audience with original reporting, thought-provoking commentary and breaking news.

She’s also co/hosted “Like It Or Not” which airs on WTTG-TV a Fox affiliate located in Washington, DC.

Stephanie is best known for her work here at the One America News Network, where she served as a conservative political commentator, fill-in host and producer of the “The Daily Ledger” show. Stephanie joined OAN in June of 2013, a month before the official launch of the network and left the news organization in January of 2018.

Before joining OAN, Stephanie served as a general assignment reporter and anchor for KSWT NEWS 13, a CBS affiliate. KSWT served an area encompassing portions of two countries, including parts of two American states, Arizona and California, and two Mexican states, Baja California and Sonora. Stephanie covered breaking news and reported on location from various events. Some of the major stories she covered for the news station include: The capital murder trial for Preston Alton Strong, The Dome Valley Double Suicide, and The Figueroa Murder case. Stephanie spent a lot of her reporting days covering crime and the courts, but she also covered stories relating to immigration/border issues, drug cartels, Military, local and statewide politics, and education. Stephanie was also invited to do a “fly-along” with the United States Thunderbirds on an F-16 fighter jet, at the Marine Corps Air Station in Yuma, AZ.

Prior to her career in broadcast Television, she worked on a statewide senate campaign in Arizona. Stephanie served as the assistant political director for the Rodney Glassman for U.S. campaign in 2010. Glassman won the Democratic nomination with 35% of the vote. In the general election, Glassman challenged, and lost to, Republican incumbent John McCain.

Stephanie graduated from the University of Arizona School of Broadcast Journalism.

She was born and raised in Oro Valley, Arizona. 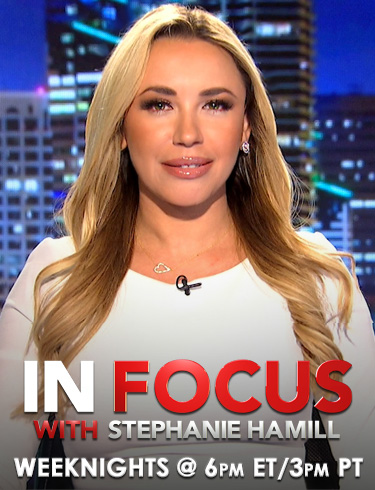