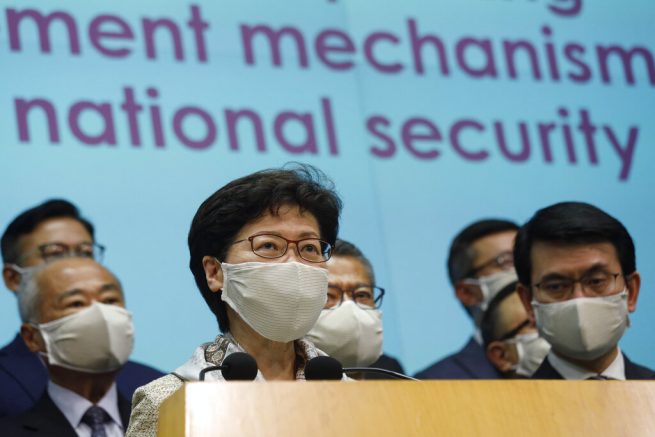 Pro-democracy advocates in Hong Kong are striking back as China moves to pass new security legislation, which may threaten an end to the free city-state. Demonstrators took to the streets on Friday following China’s announcement of its intention to impose a new security law on the free city.

The new law would limit public demonstrations and place many restrictions on the democratic city.

Lawmakers are worried the new security law could remove the protection of the city’s civil liberties against the communist regime and end the city’s long upheld “one country, two systems” formula. 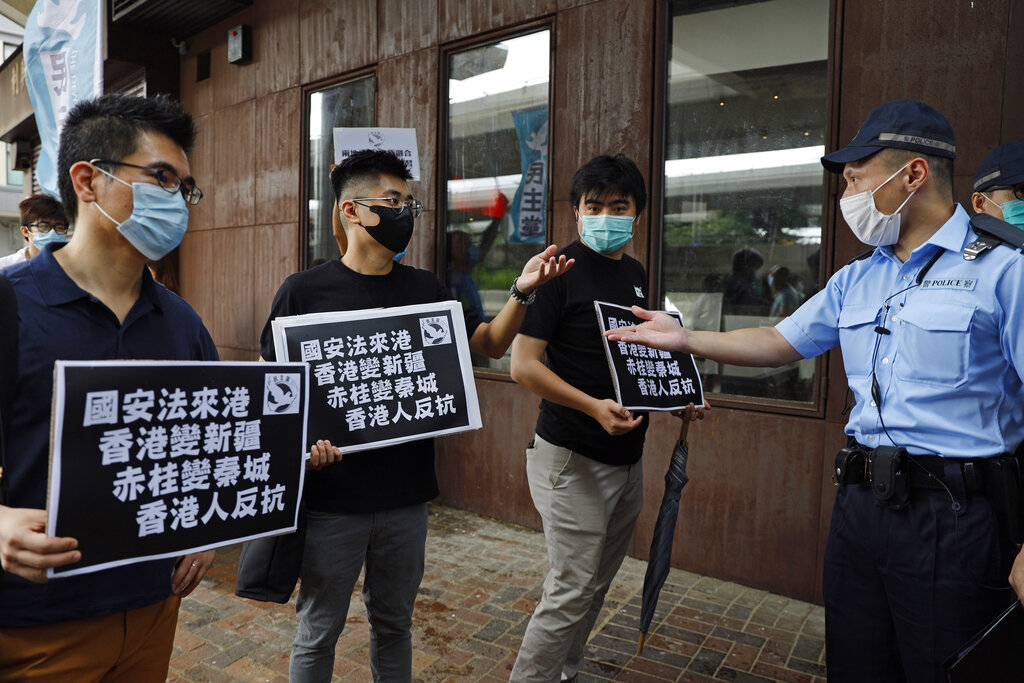 Members of the Democratic Party holding placards argue with police officer during a protest in front of the Chinese central government’s liaison office in Hong Kong, Friday, May 22, 2020. (AP Photo/Kin Cheung)

The security legislation is expected to be voted upon next week, with lawmakers having yet to flesh out an actual law.

This move followed the city’s ongoing pro-democracy protests, which have endured for over a year, against the control of the communist state.