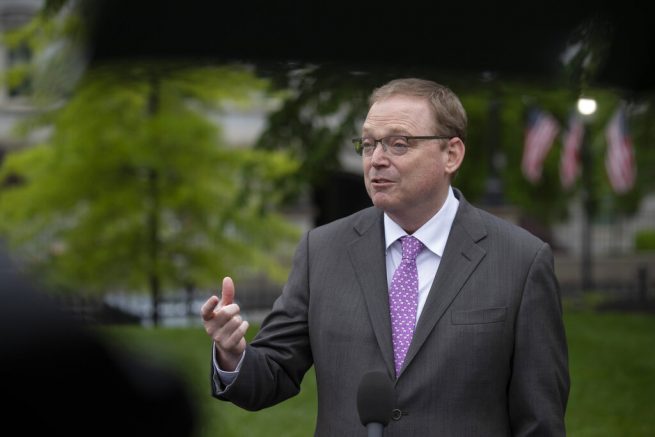 White House economic adviser Kevin Hassett said there will likely be a fourth round of coronavirus stimulus legislation. In an interview Friday, he said relief will likely come “sooner rather than later” though timing is still up in the air.

Hassett went on to say there’s “still a lot of pain out there,” adding that he expects this month (May) will continue to show bad unemployment numbers. He also said, however, he expects jobless claims will begin to turn around in June.

“I think that the problem is that we’ve had the biggest negative shock ever and then the biggest policy response ever,” explained the economic adviser. ” So, we’re kind of in uncharted territory and the thing that I’m optimistic about is we’re seeing the data turn on way faster than I expected.”

Hassett went on to say the Trump administration is still discussing how much federal funds are needed for the next bill.

Meanwhile, President Trump has said the U.S. will not shutdown again in the even of a second wave of coronavirus. This comes as states across the nation are finally starting to reboot their economies by opening the doors to a variety of businesses.

Their own witness agreed that it’s time to go back to work.

RELATED: Recovering From Rising Unemployment and Federal Deficit, on Wall to Wall