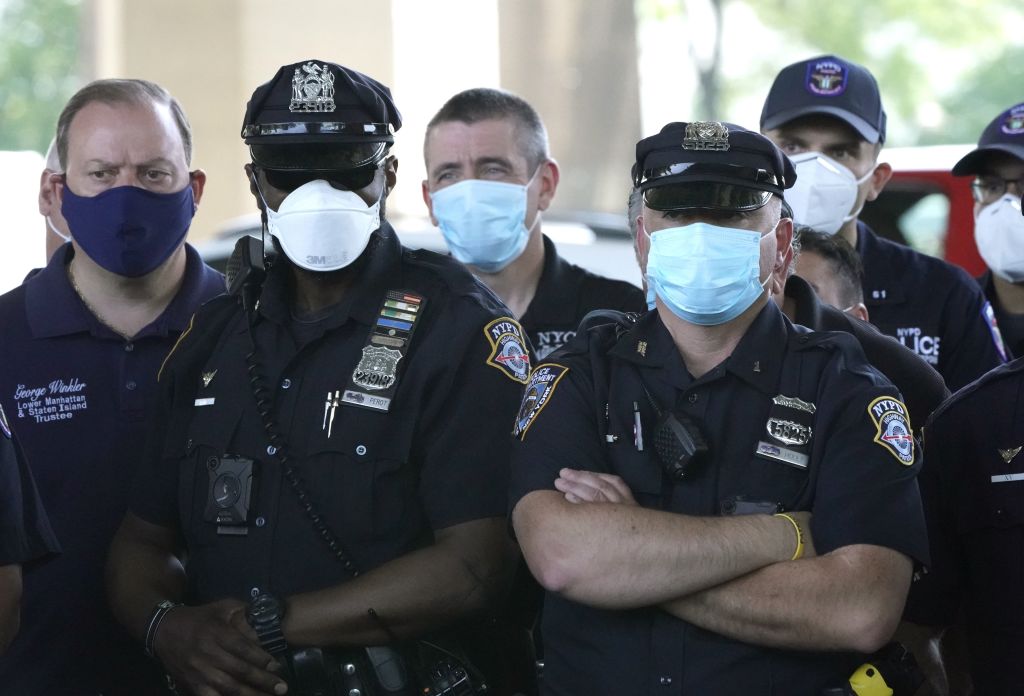 New York authorities are searching for a gunman who opened fire on a crowded sidewalk in the Bronx on Tuesday.

Surveillance video released on Wednesday showed a masked man dressed in all black, firing several shots onto a sidewalk. He looked into a nearby deli and continued to shoot before fleeing the scene. No one was injured in the incident.

Remember, if you have a tip about a crime that occured within New York City you are eligible for a cash reward up to $2,500.

You can submit a tip online, through our app, by telephone or by direct messaging @NYPDTips.

All calls are anonymous. pic.twitter.com/OffHuXzUZS

Anyone with information on the shooter is asked to call the NYPDs crime stoppers hotline at 1-800-577-8477.