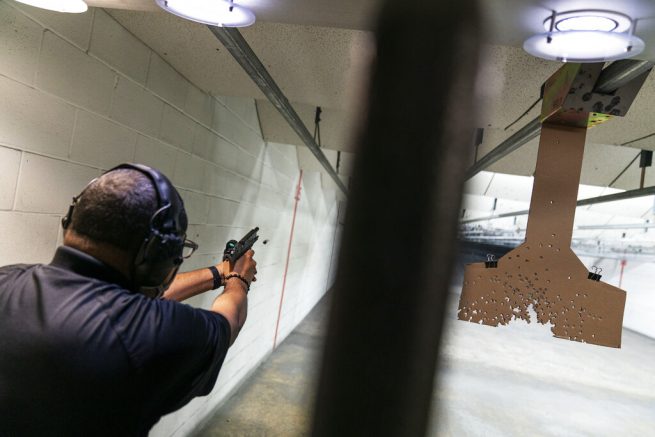 Gun sales in the battleground state of Michigan are surging. According to reports Monday, people in the state have been purchasing firearms partly due to concerns of unrest if the results of the election are disputed.

Figures from the National Instant Criminal Background Check System show more than 108,000 firearm background checks were carried out in the state last month. A total of more than 868,000 have been conducted this year so far.

“Normally I’d have about 100 guns in this cabinet, but they’ve been sold twice,”  said Bill Kucyk, a gun shop owner in the state. “It’s almost like a deterrent more than anything else, my goal is to never ever have to use it.”

This comes after a Michigan court blocked a ban on openly carrying firearms at polling places on Election Day last week. The state is expected to be closely contested in Tuesday’s presidential election as recent polls show the race separated by single digits.

At the Black Bottom Gun Club in Michigan, membership has soared by 70% in recent months with gun sales also booming, fueled by fears of election-related unrest pic.twitter.com/vLGXkoAobc

Meanwhile, statistics show a rise in gun ownership among the African-American community.

RELATED: Businesses board up stores in anticipation of election unrest