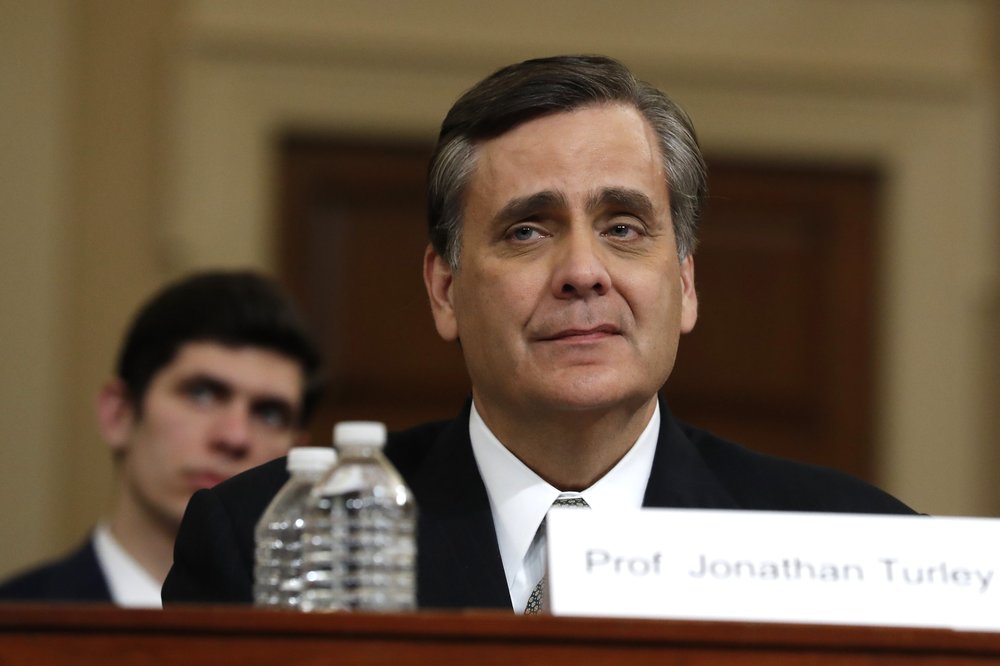 The sole Republican-called witness in the House impeachment hearings is defending his right to speak on behalf of GOP lawmakers. On Saturday, law Professor Jonathan Turley said “testifying for Republicans should not be a sin for academics.”

Turley cited the many false stories written about him, which attacked him personally and what he said in the hearing. This followed his recent testimony, which contradicted those of the three other witnesses called by the Democrats.

The professor also said by speeding through impeachment and not letting the courts have a say in some of the charges, Democrats themselves are committing impeachable offenses.

“If you impeach a president, if you make a high crime and misdemeanor out of going to the courts, it is an abuse of power. It’s your abuse of power. You’re doing precisely what you’re criticizing the president for doing. We have a third branch that deals with conflicts of the other two branches. What comes out of there, what you do with it, is the very definition of legitimacy.“

Turley also refuted allegations about his career and cautioned any legal scholar “who considers straying from the Democratic path.”

The Eleventh Commandment: Thou shalt not testify for Republicans https://t.co/AhlGtYMYsC