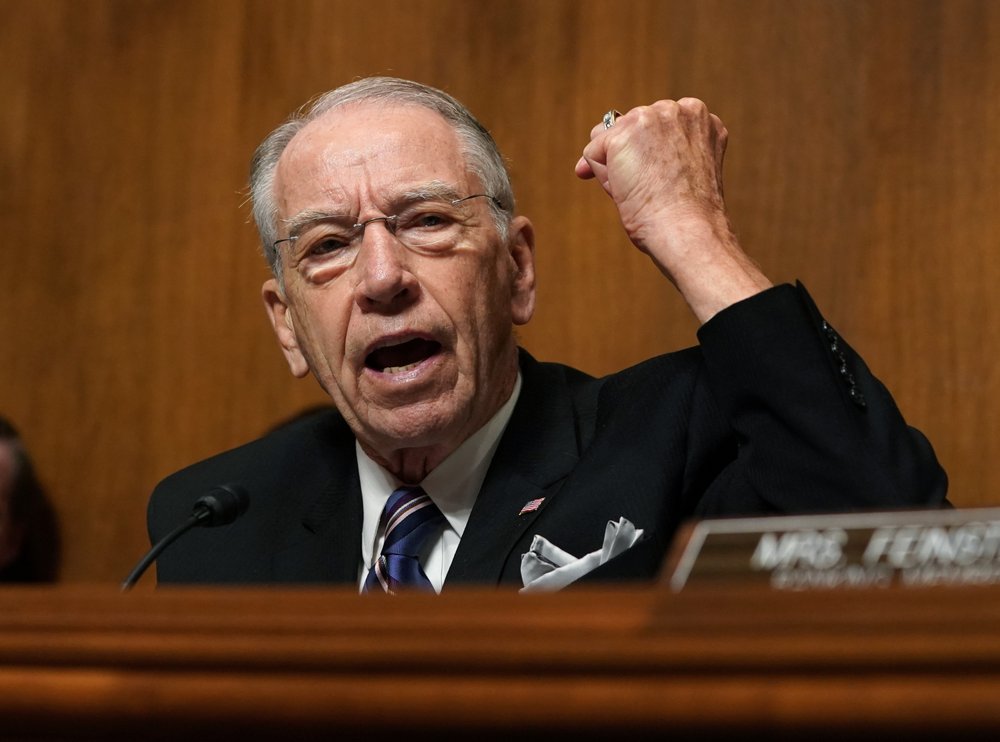 Senator Chuck Grassley is moving to limit President Trump’s ability to impose tariffs on other nations. While speaking to reporters in Washington on Wednesday, Grassley said he wants to push legislation that would accomplish his longtime goal.

The Iowa Republican went on to say the measure would target the 1962 Trade Expansion Act, which the president has used to slap tariffs on our global trading partners.

The president’s critics have accused him of abusing his power by imposing steel and aluminum tariffs on Canada, Mexico, the EU and Japan. However, he later reversed course regarding Mexico and Canada after they agreed to the USMCA, a NAFTA replacement trade deal.

After several yrs of hard work USMCA just passed out of Sen Finance Cmte 25-3 BIG bipartisan support for trade deal is a historic win Congrats to @realDonaldTrump +USTR Amb Lighthizer +the USA! USMCA is good news for workers/manufacturers/farmers & all Americans

“I think that we’re seeing a lot of economic benefits from this, even beyond agriculture,” said Grassley. “It’s going to be good for farmers, small business and manufacturing.”

Sen. Grassley, who chairs the Senate Finance Committee, has called for increased congressional oversight regarding trade many times before.