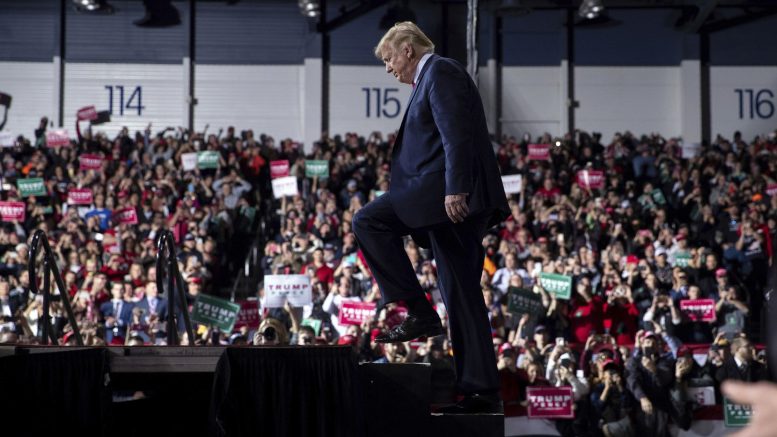 Voters against impeachment are dishing out cash to voice their support for President Trump. In a series of tweets Monday, GOP PAC ‘WinRed‘ announced it raised $101 million in the second half of 2019, including nearly $35 million raised after the House’s October 31st vote to begin impeachment proceedings.

The group claims anti-impeachment-related fundraising efforts garnered 300 percent more donations when compared to its non-impeachment related fundraisers. As a result, the group said their average donation amount jumped 176 percent before the end of 2019.

Impeachment had a lot to do with this online money surge. WinRed donation pages that include the word “impeach” or “impeachment” raised over 300% more than non-impeachment pages.

The numbers come as a welcome mark of success for the newly launched PAC, which opened in late June of last year. The Republican National Committee and White House’s grassroots fundraising platform is advertised to be the end-all-be-all for Republican lawmakers and causes.

The group said the ongoing impeachment process kick-started an amazing outpouring of support and momentum for the PAC. In comparison to its Democrat rival ‘ActBlue,’ WinRed‘ raised more money in its first quarter than ‘ActBlue‘ in its first three and a half years of operation.

In that time, ‘WinRed‘ reported it received $30 million in donations with an average contribution of $46 versus ‘ActBlue‘s’ reported $29.9 million earned between 2004 and 2008. ‘WinRed‘s’ funds will be used to support President Trump reelection bid as well as other GOP 2020 campaigns.