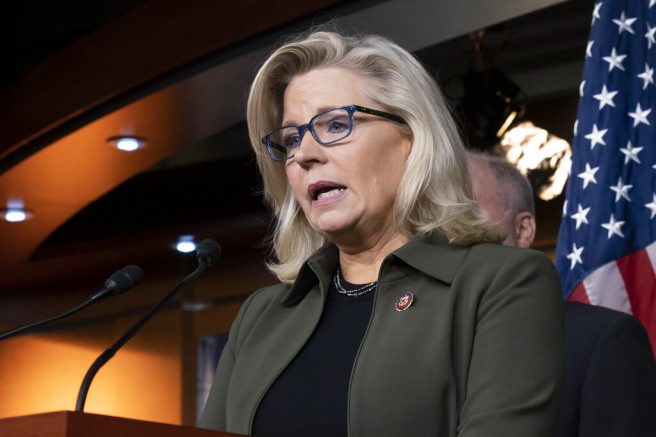 Rep. Liz Cheney (R-Wyo.) is coming under fire from top GOP officials who believe she’s stepping out of line. On Tuesday, the House Freedom Caucus had a heated meeting over Cheney’s role in the Republican Party, which stemmed from her criticism of the Trump administration.

Liz Cheney has worked behind the scenes (and now in public) against @realDonaldTrump and his agenda.

Liz Cheney should step down or be removed. #MAGA

Donald Trump Jr. also weighed in on Cheney’s leadership by saying the party doesn’t need another lawmaker who criticizes the administration. Cheney responded to the party’s criticism by stating her opinions are her own.

“Donald Trump Jr. is not a member of the House Republican conference and I take my position in leadership very seriously,” said the Wyoming Republican. “I take the oath that I swore to the Constitution very seriously as I know all of us do who are elected officials.”

The meeting reportedly erupted after Rep. Jim Jordan (R-Ohio) blasted Cheney for her recent criticism of President Trump. He cited Cheney’s disapproval of the president’s stance on wearing face masks and response to alleged Russian bounties on American troops.

However, Jordan praised Cheney’s loyalty to the president during the impeachment hearing when she voted not to bring President Trump to trial.

Meanwhile, Cheney stressed that the GOP needs to win big in the November election and warned Democrat control of the White House as well as both chambers of Congress would be dangerous for the country.

RELATED: President Trump encourages all Americans to wear facial coverings when social distancing is not possible